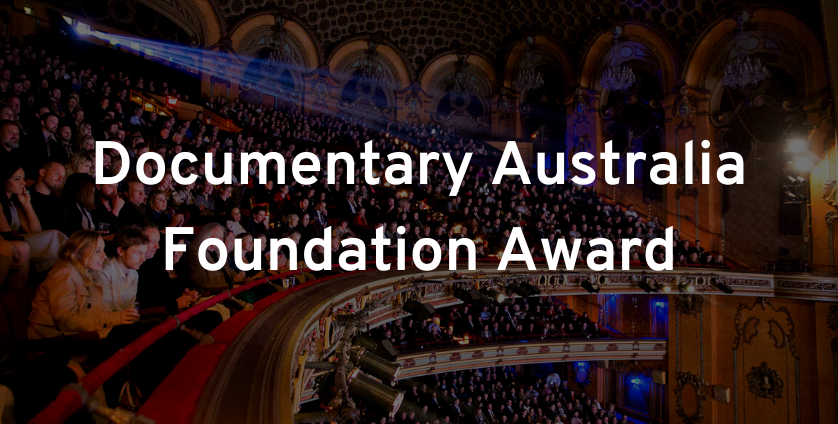 Documentary Australia is proud to support the Award for Best Australian Documentary at Sydney Film Festival.

Since 2015 – Documentary Australia has supported this prestigious award, which acknowledges excellence in documentary production and is open to films of any length.

Films are assessed by an independent jury and the winning film is presented with a  $10,000 cash prize during the closing night of the awards.

Each year – this award recognises the incredible artistry and tenacity of independent filmmakers who devote years of their lives to capture and share the most important stories across Australia and the World.

– 2015 winner – Only the Dead, by Michael Ware and two-time Oscar winner Bill Guttentag