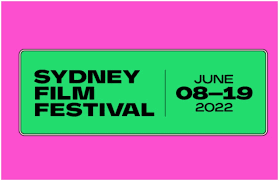 This is the 9th year the $10,000 award has been supported by Documentary Australia. On the festivals closing night “Keep Stepping” directed by Luke Cornish was awarded this prestigious prize.

Sydney Film Festival Director Nashen Moodley said: “Our audiences have spoken and it is with great pleasure that the Festival announces Evicted! A Modern Romance and Keep Stepping as the winners of the 2022 Audience Award. The fact that the winners are both Sydney-set and made productions is a testament to the love and pride our city has for our wonderful local storytellers.”

“Delving into the world of Sydney’s street dance competitions, Keep Stepping captures the journeys of two remarkable female performers training for Australia’s biggest competition Destructive Steps. It’s a pleasure to see that Sydneysiders loved Luke Cornish’s seven-year production as much as our jury did.”

A special congratulations to “Delikado” by Karl Malakunas – recipient of the $10,000 Sustainable Future Award. ‘Delikado‘ reveals the tribulations of environmental crusaders on the Filipino island of Palawan. 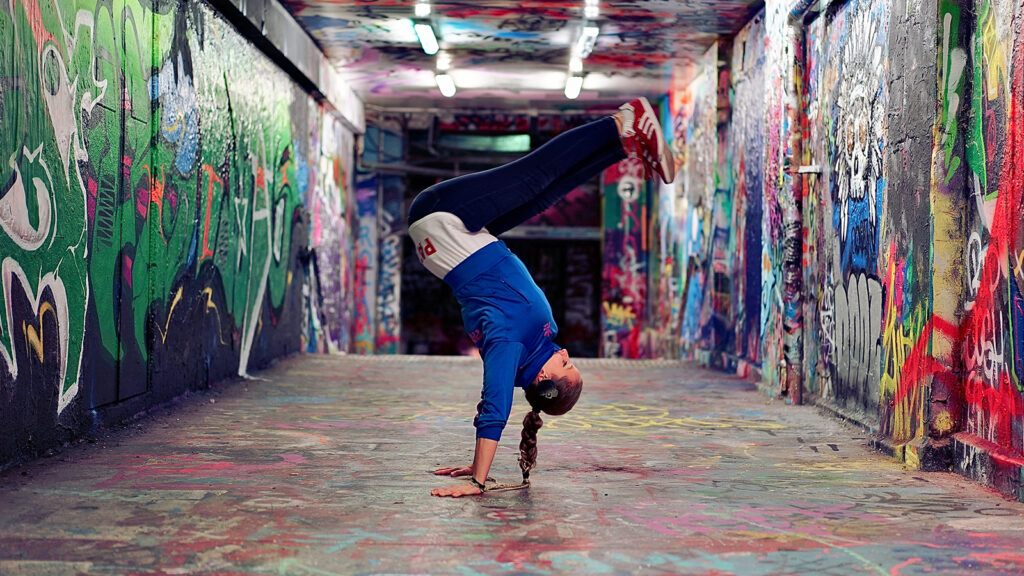 Two remarkable female performers train for Australia’s biggest street dance competition in this tale of love, obsession and the transformative power of performance.

On Sydney’s urban fringe, two young women battle for a better life in the underground world of competitive street dance. Patricia, Romanian-born and hanging out for a visa, is a breakdancer. Gabi, of Chilean-Samoan heritage, pops with power. Both dream of escaping the rough hand they’ve been dealt. Will a win at Australia’s biggest dance competition Destructive Steps – in which 60 contestants compete in the preliminary rounds – be their golden ticket? Or will the external pressures of financial hardship and volatile relationships stop them from even reaching the dancefloor? Director Luke Cornish spent seven years filming the women’s progress. Waiting to see how they fare will have you on the edge of your seat. 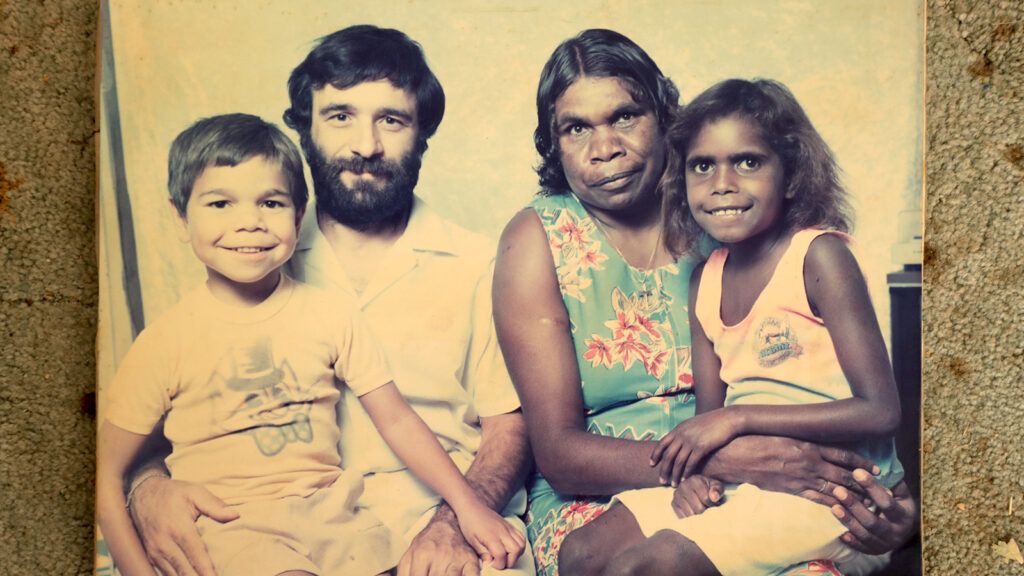 Filmed over 10 years, the story of a Warlpiri woman, Audrey, and her journey with her Sicilian partner Santo to keep the children they’ve been bringing up together, despite the many challenges they face.

Audrey embeds her cultural knowledge, language, and Law in the lives of those she cares for, as well as ensuring they have the education for the complex world of today. The intimate footage of this steadfast couple, filmed over 10 years in Mbantua (Alice Springs) and Audrey’s Warlpiri homelands, provides unique insights into a family in Australia today. 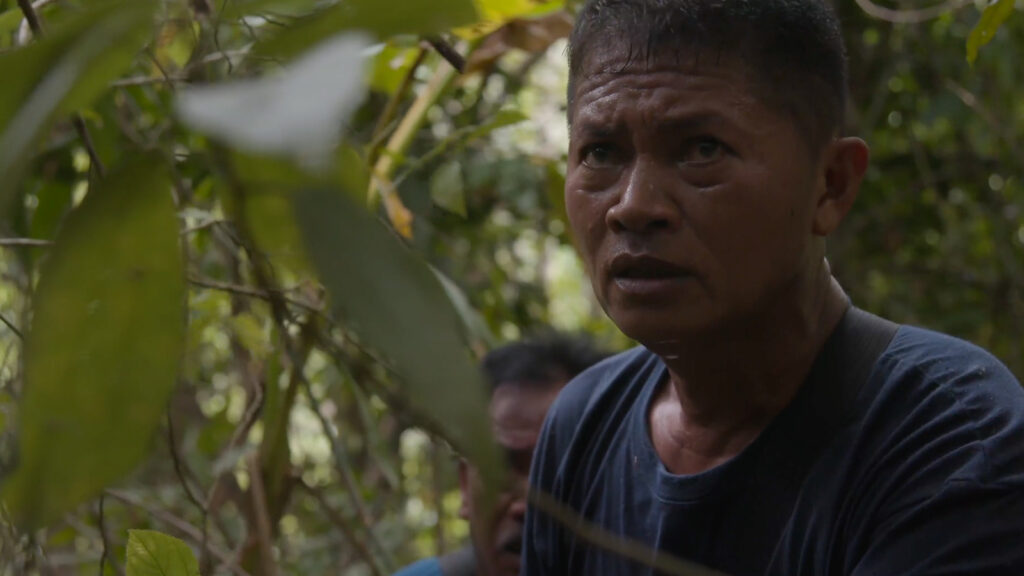 Three environmental crusaders confront murder, betrayal and their own demons and are tested like never before in a battle to save an island paradise in the Philippines.

A tourist destination and home to one of the world’s most diverse rainforests, the island of Palawan is a dangerous place for land defenders. Bobby Chan, a local environmental lawyer, leads a group of renegade land protectors who confiscate the chainsaws of illegal loggers. Up for re-election, local Mayor Nieves Rosento is the focus of a dirty campaign supported by land developers and President Rodrigo Duterte. Along with ex-illegal logger Tata, they confront murder and betrayal in their efforts to preserve this precious environment.

The Dreamlife of Georgie Stone 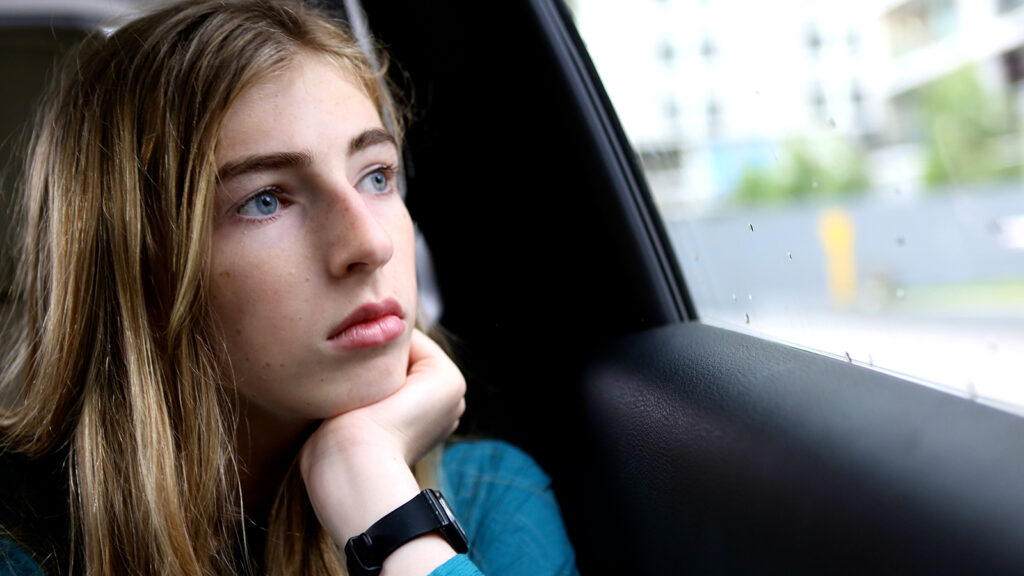 Spanning 19 years, The Dreamlife of Georgie Stone reveals the memories of Georgie Stone, an Australian transgender teen as she helps change laws, affirms her gender, finds her voice, and emerges into adulthood.

The Dreamlife Project, a collaborative storytelling campaign developed and led by an advisory committee of young transgender, gender diverse and non-binary people, will accompany the film on release. 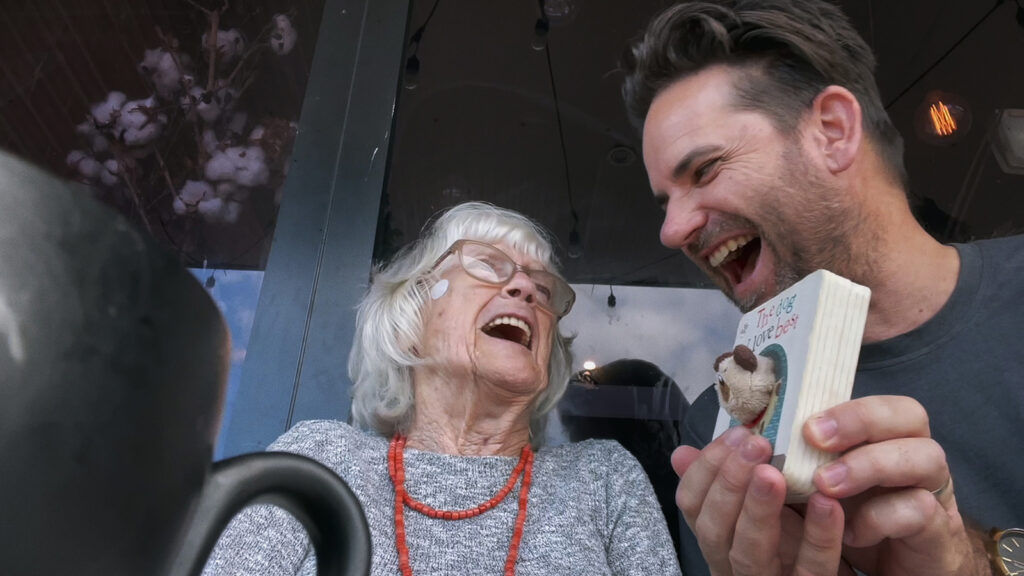 Filmmaker Jason van Genderen is obsessed with making home videos about his mother, accidentally turning her into an online celebrity.

Filmmaker Jason van Genderen is obsessed with making home videos about his family, and their Dutch matriarch, Oma. He and his wife Megan embrace caring for Oma’s dementia in increasingly whimsical ways, accidentally turning her into an online celebrity. Their unassuming home videos, shot during the pandemic, attract over 100,000,000 views globally. Everybody’s Oma follows in the NSW Central Coast family’s footsteps as they navigate Oma’s failing health under the spotlight of an enthusiastic audience of well-meaning strangers. 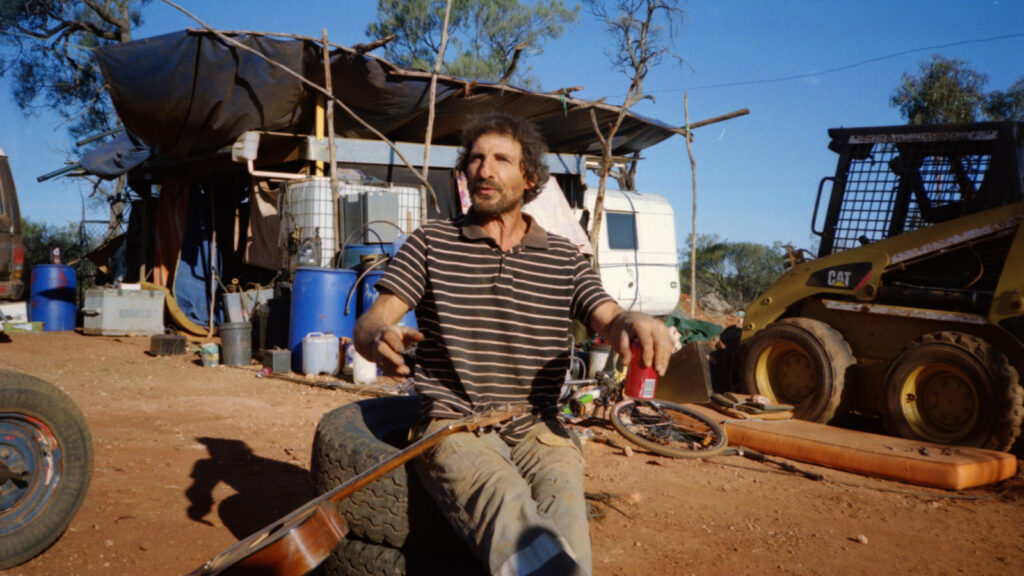 Against the backdrop of the mayoral elections in gold-rich Kalgoorlie-Boulder unravels a portrait of a man, a town and a country sent mad by exploitation, racism and greed.

In June 1893, European prospectors unlawfully took claim to ‘The Golden Mile’ on Aboriginal land. In little over a hundred years the natural landscape has been transformed into the industrial hellscape of Kalgoorlie-Boulder. As incumbent Mayor John Bowler starts to campaign for a second term, independent prospector John ‘General Hercules’ Katahanas decides to run against him on an anti-corruption ticket. What starts out as a quirky David-vs-Goliath political battle, unravels into a portrait of a man, a town and a country sent mad by the timeless cycles of exploitation, racism and greed. 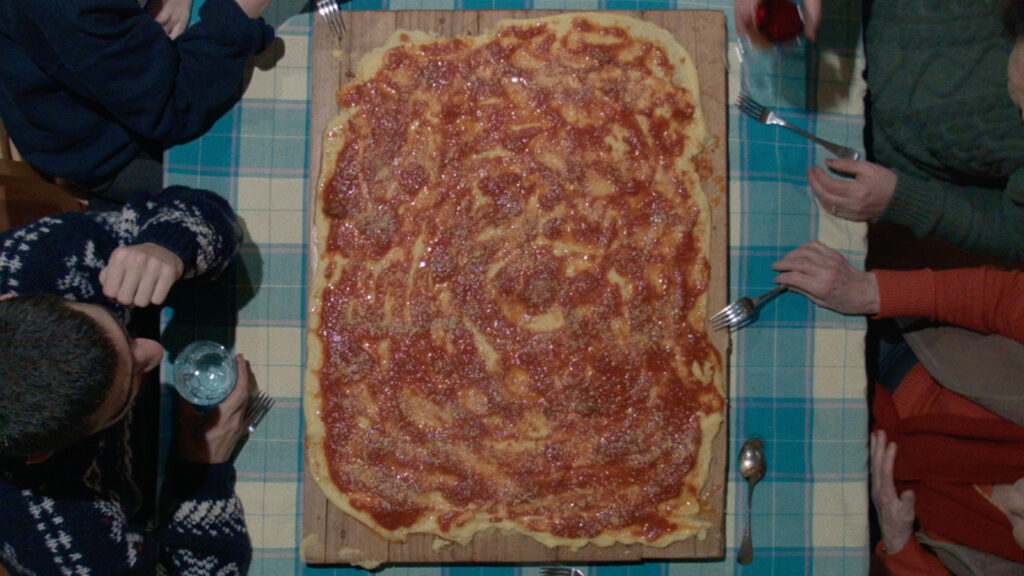 A family gathers around the dinner table to share a traditional meal of polenta: a time for communal gathering and intergenerational connection.

A family gathers around the dinner table to share a meal of polenta, a traditional peasant dish made of coarsely-ground cornmeal whose secrets are passed down with pride through family lines. Today, the serving of polenta continues to provide a space for communal gathering and intergenerational connection. Polenta is the culmination of three months of experimentation by Adrian Di Salle, during which time five cameras were set up around the director’s family table to record every dinner served. 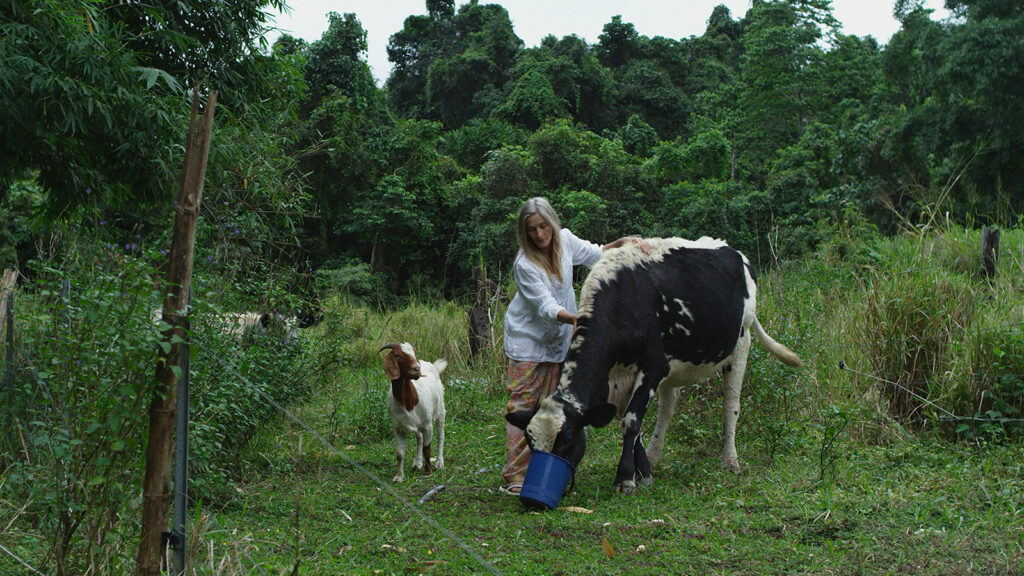 The ruminating thoughts of a widow living off-the-grid in the wake of Cyclone Yasi.

As Bonny wanders the lush cane fields and pastures of her Queensland home, she reflects on family and the choices she’s made in life.

Warrawong… the windy place on the hill 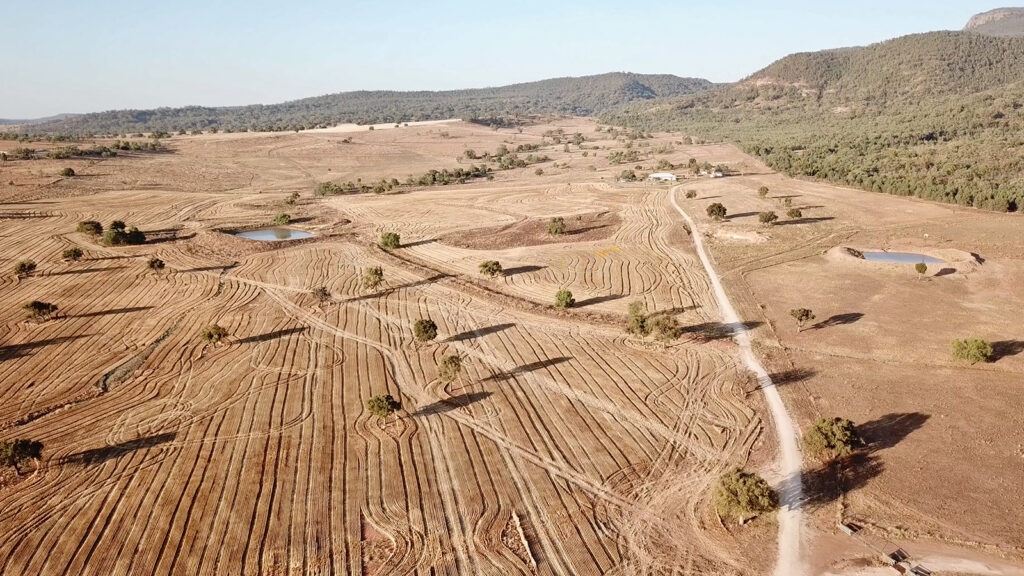 Sue and Brian are in a couple in their 70s, determined to stay on their remote farm for the rest of their lives.

Not an easy decision, given their ages, and the fact that they live over 80km from the nearest chemist and almost double that to the nearest doctor. It’s a pleasure to spend time with Brian as he weighs the ewes and lambs for sale, or with Sue at the CWA’s ‘sip and sew’. There’s a timelessness, but also a sense of impending change in this precise Australian story.