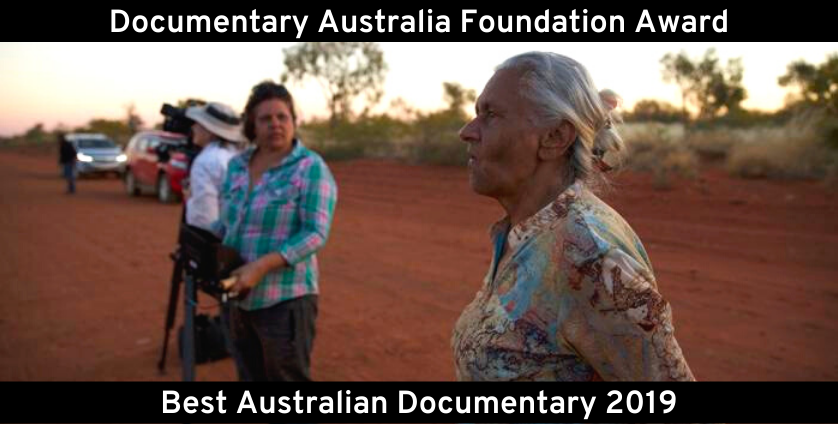 Documentary Australia was proud to support the award for Best Australian Documentary for the sixth year running at the 2019 Sydney Film Festival. The documentaries nominated showcased distinctive stories, covering a fascinating range of issues and styles.

The selection was described as “only a snapshot of the breadth of talent and commitment in the Australian documentary sector, but provide a window into the profound work and commitment our filmmakers have to their subjects” by Dr. Mitzi Goldman,  Documentary Australia CEO.

We have great respect for our documentary filmmakers, and it is an honour to celebrate their excellence in a small way with this award.


The life story of Alfreda Glynn, a 78-year-old Aboriginal woman and co-founder of the Central Australian Aboriginal Media Association.

She Who Must Be Loved is a documentary that tells the epic life story of Alfreda Glynn, directed by her daughter Erica Glynn. Born under the Aboriginal Protection policies, in the early 1970s she channelled her formidable energy into establishing the Central Australian Aboriginal Media Association (CAAMA) and later Imparja TV. Not just a bio-pic, it’s part social history and part detective story, as the mystery behind her grandmother’s death is tracked down. Alfreda Glynn is a 78-year-old Aboriginal woman, stills photographer, mother, grandmother, great grandmother, radical, pacifist, grumpy old woman, who in equal measure loves the limelight and total privacy.