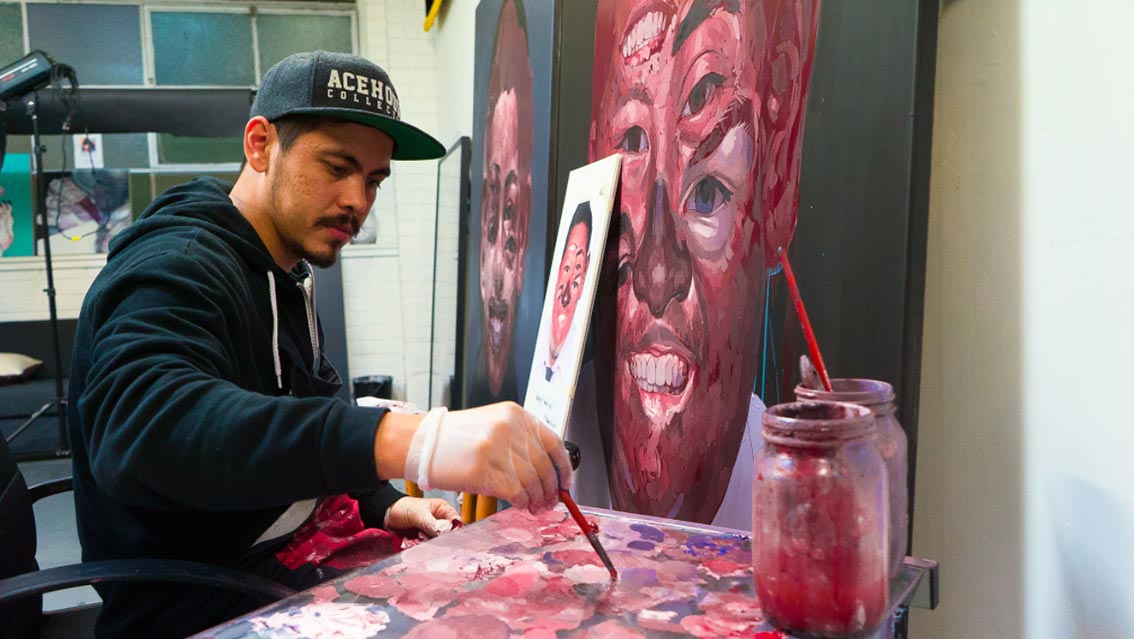 Philanthropy is the act of giving, by individuals or businesses, for community benefit. It can be money, property, expertise or time. And it is a gift, not a business deal. However unlike charity, where we all chip in after a natural disaster, philanthropy is more long-term and strategic. It’s about making a lasting impact.

Our aim at Documentary Australia is to inspire philanthropists to give to documentaries as part of their overall gift-giving strategy by showing them the potential of creating impact through the power and influence of documentary.

There are over 1500 trusts and foundations in Australia which give between half-a-billion and a billion dollars in estimated donations each year. These organisations quietly support very worthy causes.

Most philanthropy in Australia involves foundations (rather than individuals) giving money to not-for-profit organisations. The important part about this is that most foundations will only give to organisations with Deductible Gift Recipient (DGR) or Tax Concession Charity (TCC) status.

Good news is that documentary filmmakers without DGR or TCC status can still fundraise and offer tax-deductibility to their supporters through Documentary Australia’s Fiscal Sponsorship program.

There are many philanthropic grantmakers willing to give financial support to interesting projects. These include public and private foundations as well as individual and corporate donors.

Private foundations – established by an individual, usually through a bequest, and run by trustees who give out grants based on the donor’s priorities, e.g. The Ian Potter Foundation.

Family foundations – established by a family and usually run by family members, e.g. The Myer Foundation.

Community foundations – for individuals, companies or groups with an interest in a specific geographical area, such as a town, region or state, and run by a board of people from that region, e.g. The Fremantle Foundation.

Corporate foundations – run with the profits from a company, but established as a separate legal entity, e.g. The Macquarie Group Foundation.

Private ancillary funds – refers to a type of foundation (like those listed above) that exists for the purpose of providing grants to eligible Deductible Gift Recipients over time, e.g. Nelson Meers Foundation

Government-initiated foundations – run with income from government coffers, or particular sections of it, such as money from gambling or tobacco taxes, e.g. The Victorian Women’s Trust; Lotterywest.

What do they give to?

Philanthropic donors are motivated to give. Foundations – public and private – are purposefully set up to make philanthropic grants. They give grants according to their guidelines and to projects that cover a broad cross-section of Australian society. The challenge is convincing them that your documentary project will give their grant a higher return on social capital over the hundreds of other applications they receive.

Amongst the aims listed in several of Australia’s most active foundations are: to enrich society, to improve individual lives, to alleviate issues that affect a particular group such as youth or indigenous people, or to contribute to our future by donating to issues such as the environment.

Philanthropic organisations have different interests and take different risks. These range in the size and types of grants they administer. Some foundations will award one-off grants, while others will give recurrent funding over three to five years. Some have a singular focus such as youth issues while others serve multiple purposes, such as giving to the arts, education, health, the environment, social welfare and indigenous issues. Some foundations may be more inclined to support outreach plans for a completed work, while others will be prepared to get involved early at the development stage with seed funding.

There are trends in the sector (such as environment, youth, ageing, early intervention, asylum seekers). Some grantmakers will support what is popular, while others are looking for innovation. Some foundations will support pilot programs, while others will fund projects that are not supported by government.

See Philanthropy Australia’s Directory Of Funders for a complete list of philanthropic organisations with descriptions of interests, purposes and guidelines as well as links to many of their websites.