The Oldest Song on Earth

The Oldest Song on Earth

An ancient Ngarrindjeri song, thought lost forever, is about to be sung again.

Carroll Karpany is excited and scared. He is a 70 year old Ngarrindjeri musician from the Coorong, South Australia; who grew up on a colonial mission, far from his traditional lands, cut off from his culture's wellspring of stories & songs.

In the absence of his traditional song & dance, Carroll made his own. He learnt electric guitar and started Us Mob, Australia's first Aboriginal politics rock-band.

Us Mob exploded onto the scene with screaming guitars and searing vocals, expressing the anger and frustration of young Aboriginal people, and inspiring a generation.

Carroll searched for his lost Ngarrindjeri culture, collecting remnants of language and music here and there. He met Lil, the love of his life, and they had three sons.

They travelled the world, playing music; and they taught their sons as much dance, language, and culture as they could, but the ancient Ngarrindjeri song and dance was always missing...until now.

Carroll recently discovered that his Ngarrindjeri songs and dances didn't disappear completely with European invasion, some survived thousands of kilometres away, on an ancient connected songline. For over 150 years this Ngarrindjeri cultural treasure has been kept in safe keeping, protected from the crushing forces of colonialism by the song-men of the Bunuba people of the Kimberley, Western Australia. Now, Carroll has been asked to come and get them.

Carroll and his sons will hit the road, driving 4000km across the continent, to collect the sacred stories, and learn the songs and dances. They will bring these 40,000 year old musical, linguistic treasures back to the Coorong; and be the first to sing these songs on country for 150 years.

They will teach the songs and dances to a new generation, singing new life into their culture, and reconnecting an ancient transcontinental song line superhighway. It is the greatest challenge of Carroll’s life, no wonder he's scared and excited. 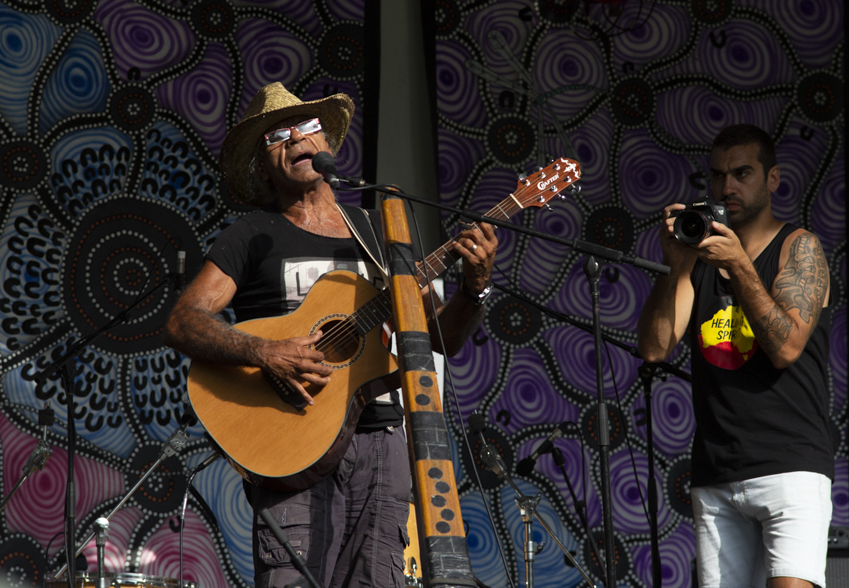 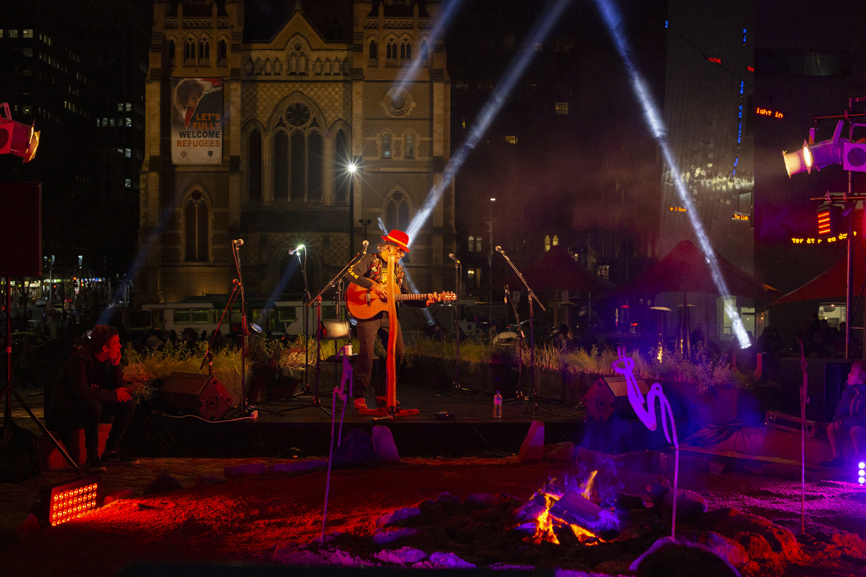 Colonisation disconnected many Aboriginal people from their cultural knowledge, a root cause of inter-generational trauma. Once taken away from their country, many lost knowledge of kinship, survival, tools, food, shelter, medicine & farming; and the knowledge contained in traditional songs, stories & dance.
This has left a hole in many Aboriginal people's lives, & in Carroll's case, he went searching for something that would bring him cultural meaning. Carroll will tell the story of this search to his sons on a road trip to retrieve their songs & dances together. By bringing their songs & dances back to Country, they will be learnt again, & younger generations won't have to go through the feelings of loss that Carroll has experienced.

This rollocking road trip across the island will inspire Australians to engage and love indigenous culture. We have formed a cross cultural team, with indigenous leadership; to write, produce and create this remarkable story of the Karpany family and the story of Australia. Our goal is to create a piece of educational art-entertainment that speaks to a wide audience about the history of our young nation (1788-2023) and the beauty and breadth of indigenous First Nations Australian culture.

The first hope is to see attitude shifts - simply through respectful acknowledgement of a life hard lived, & the way Carroll has tried to shield his own trauma from his sons. Particularly regarding racism & dispossession.
The hope then is for people to become more interested in Aboriginal culture in general & start to reach out and discover some knowledge for themselves. There are plenty of fiction & non-fiction books, films, series, theatre, dance & all sorts of other resources for discovering Aboriginal culture.
We hope the film will create pride in Aboriginal communities for the struggle and success of one of their own, a man who created history by starting Us Mob and then reinvigorated indigenous culture. We hope the film will inspire other Aboriginal individuals and communities to reinvigorate culture.

Through Carroll’s family we have strong relationships with the Kaurna and Ngarrindjeri language nations in South Australia. Carroll intends to create community outreach through various youth and family groups to teach the lost song and dance to a new generation, and to celebrate the cultural revival.

Non indigenous audience – reframing their understanding and discussion of indigenous history and issues, engaging with First nations people through festivals and events. Suggesting their children’s schools view and interact with the digital learning packages created around the film.
Indigenous audience – to celebrate cultural reclamation within their own language nations and to engage in similar cultural revival practices.

Non indigenous audience success will initially be tested by anecdotal evidence garnered from feedback at screenings and after tv broadcasts. Secondary impact success can be seen in the uptake of digital learning packages and screenings by primary and secondary schools.
Impact success with Indigenous outreach – large scale acceptance of the recovered song and dance into the Narrindjeri language nation. Wide spread subscribing to the teaching of the recovered song and dance.