Traumatic events – a strike, a murder and a censored film - in Sydney over 100 years ago were largely forgotten.

Thousands had stopped work, the government recruited volunteers to break the strike, allowing them to bear arms; unions were deregistered and union leaders charged with conspiracy. It was a time of violent emotions, state violence and individual acts of violence by and against strikers. A striker was shot and killed. A filmmaker recording the events had his film embargoed. It was Sydney, 1917.

The world was in the grip of “The Great War”. As part of the war effort, rail and tram employees were working long hours with reduced pay. When a new American ‘timecard’ system was imposed, they walked off the job in protest, triggering the strike. It became the biggest industrial upheaval Australia has seen before or since.

Despite being a crushing defeat at the time, it had lasting consequences for the Australian labour movement. The film will reflect on both the trauma and the positive legacy of the event, which still strongly resonates today. 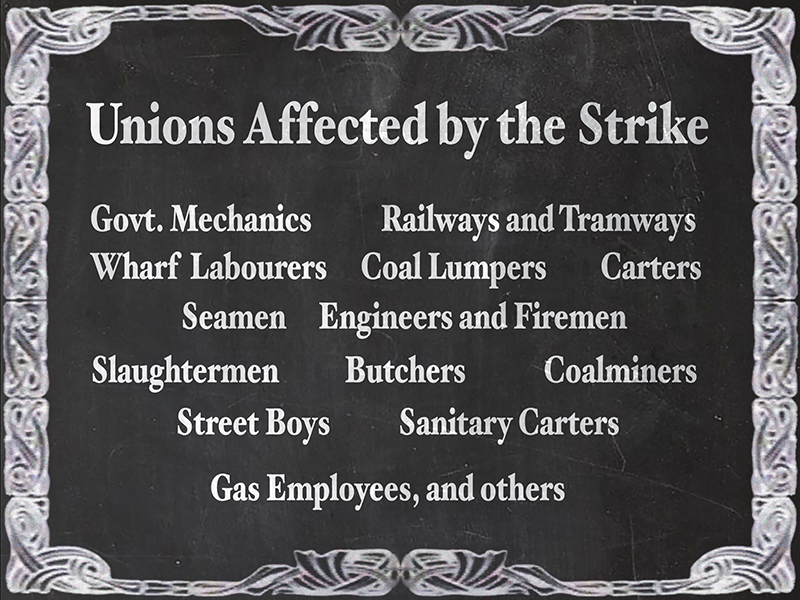 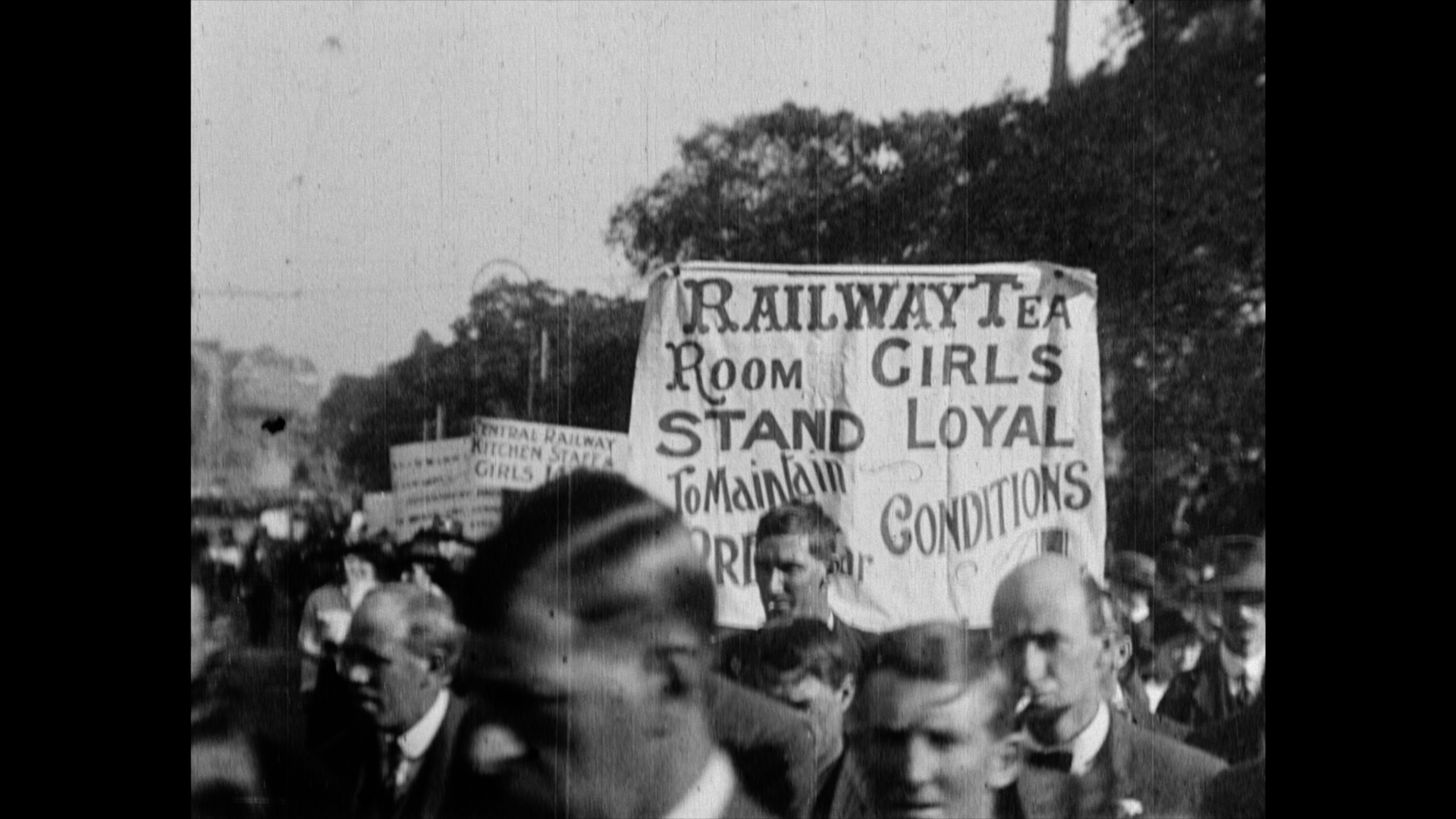 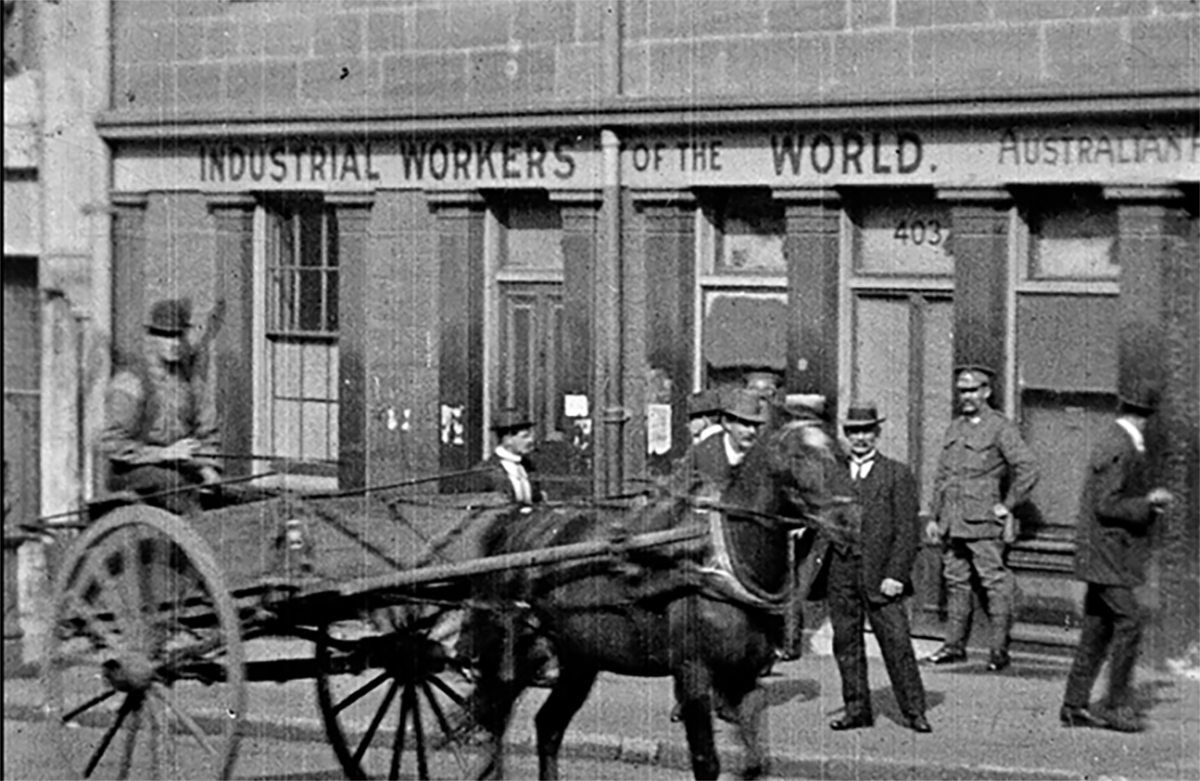 The denial of significant parts of the nation's history has been a core element of Australia's collective identity. Few would imagine that this includes a strike - the biggest industrial upheaval Australia has seen before or since which occurred during “The Great War”. The introduction of an American ‘timecard’ system which prioritised profit and intorudced monitoring of the workforce was strongly resisted. The strike which drew up to two hundred thousand people into Sydney's streets at the time had huge implications for vast number of workers. Many lost their jobs or seniority. The government mobilised thousands of 'volunteer' workers – pitting rural and urban against each other. It was a crushing defeat and personal stories and legacies only filtered through generations of families for years to come. The documentary will reveal this industrial, social and political conflict that have lasting consequences for the labor movement in Australia to this day.

This film is about the dynamic and often conflicted relationship between the workforce and employers. Its themes underscore an international story that crosses cultures and continents. The documentary will ensure that the story of these momentous events will be available to a contemporary audience, and will provide the basis for understanding an important, if neglected historical event for general audiences as well as students of Australian history.

The aim of the documentary is to reintroduce to contemporary audiences, an event which has had lasting political, social and personal consequences for Australian society. The film explores the role of protest and the capacity of working people to make and shape not just their own destiny, but the historical and social landscape for generations after.
This story is particularly significant at a time when the values and aspirations of the union movement are either ignored or attacked as being irrelevant.The film will draw attention to the contemporary debate about the right to strike – often today described by commentators as an illegal act. However rather than romanticizing the past, the film will seek to stimulate a more nuanced understanding of the dynamics and the behaviours of the powerful and less powerful within society. One of the measures of its impact will be the stimulation of contemporary commentary and discussion of one of the sources of Australian identity.

We plan to submit the film to a number of niche film festivals such as Globalvisions, Canadian Labour International Film Festival CLIFF and others with a focus on the labour movement. The Foxtel History Channel unfortunately has declined labour history themed films. Cinema–on-demand networks have been contacted. The NSW Premiers History Award will be entered next year as is required.
The screenings of this film at events, conferences and in the educational sectors will stimulate discussion around the right to protest, the mode of protest and the outcomes of protest by working people.
Broadcast and non-theatrical may require a shortened version of the film, so that is under discussion. Dvd sales, live streaming and downloads in Australia/NZ has been discussed with RONIN FILMS. ATOM will be commissioned to prepare a Study Guide.
Unions NSW will utilize a short educational version of the film for training programs involving youth, women, Indigenous union delegates and veterans.

Organisations we are networking with include Unions NSW, the ACTU and history groups such as the Australian Society for the Study of Labour History. We have raised some funds through these networks already which has been vital to the production.
Lucy Taksa, a key interviewee in the film, is a Professor at the Centre for Workforce Futures at Macquarie University. She will be working closely with us on contacts and networks and educational materials such as the study guide. Other interviewees who will provide significant networking opportunities for the film include Sally McManus, Secretary, ACTU, Frances Morgan, Writer The Folded Lie, John Graham, Labor MLC NSW, Laila Ellmoos, Historian City of Sydney Council, Simon Drake, National Film & Sound Archive, Alex Claassens, NSW Branch Secretary, Rail,Train and Bus Union RTBU, Barbara Gaudry, grand daughter of a strike and former mayor, Newcastle City Council and Dr Val Noone, Fellow, School of Historical Studies, University of Melbourne.

1. In light of the century old story of The Great Strike 1917 we want to activate the audience into consideration of the impact of tenchological change on the modern workforce; on their own lives as well as on generations before them, which the film spells out.

2. To consider the value and effectiveness of representation in the work environment and how evolving technologies can be responded to so that the quality of life of the workforce is kept as a significant aspect of the equation; that the profit of a business enterprise is cognisant of the role of those conducting the work.

3. That the film stimulates an analysis of the nature of power and influence in society and how that can impact on the lives of the community.

The aim of the documentary is to reintroduce to contemporary audiences, an event which has had lasting political, social and personal consequences for Australian society. Through a historical case study the film motivates discussion around the themes of the role of protest and the capacity of working people to make and shape not just their own destiny, the impact for generations to come and the selective nature of the national memory.
In these times the values and aspirations of the union movement are either ignored or attacked as being irrelevant in todays employment profile. The film will cultivate debate about the right to strike – often described by commentators as an illegal act. A measure of the film's impact will be the stimulation of contemporary commentary and discussion about the purpose of unionism. The extent to which the film is used via the distributors, to promote discussion in the educational environment will be the strongest indicator of its success.

From the Bush to Beersheba