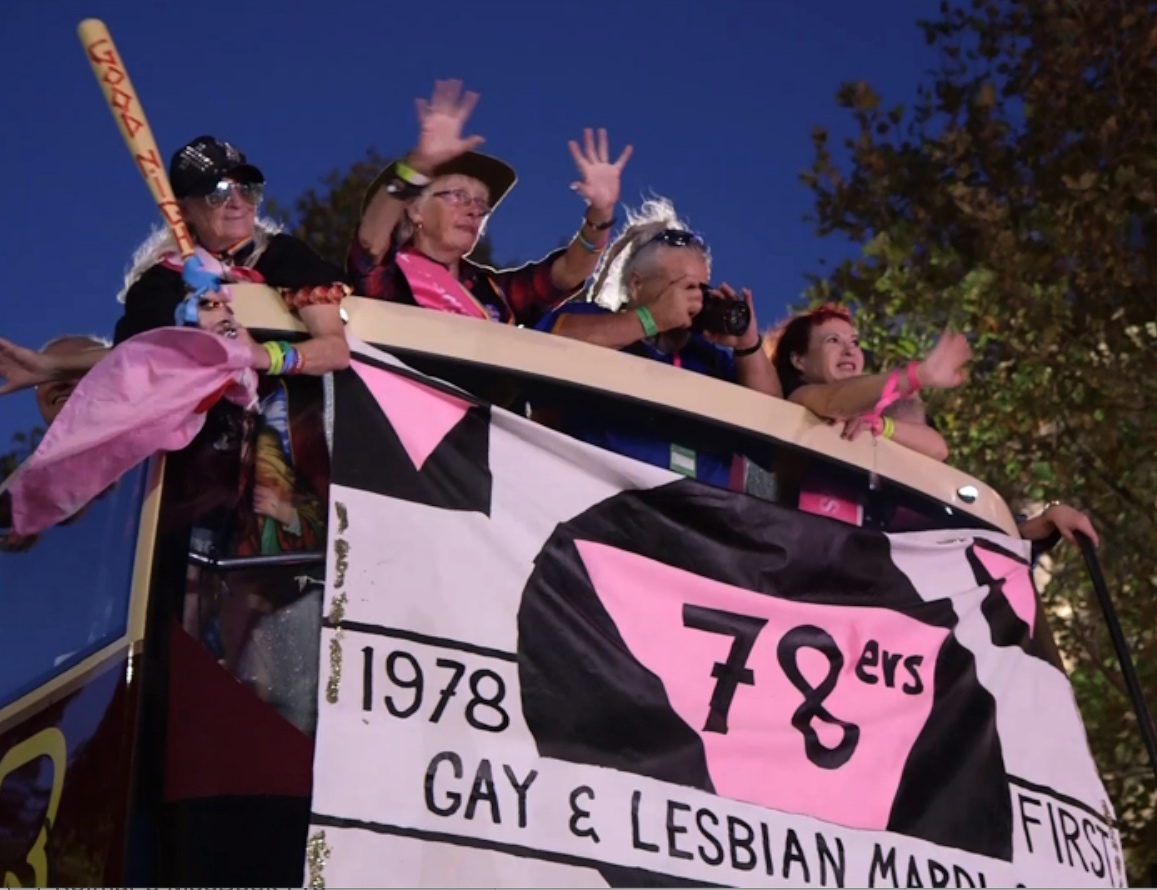 Flipside of Flamboyance is an insider's insight into the 78ers and GLBTIQ activist Stonewall legend. This film needs to be completed now while we are still alive and able to tell our stories, despite strokes and other inevitable disabilities, chronic illness, collective trauma, old age. Our stories need to be heard. Do not delay. We may be dead soon. Difficult Divas tell their own stories. Not dead yet.

The oldest interview subject is 90.

Are we ratbag rebel revolutionaries or queer royalty icons? The audience will decide. It's about the reality beyond the myth. The squabbles, the trauma, the memories. It's all there. I am implicated as a subject of the documentary and the interviewer in the style of new journalism, with the geeky curiosity of a queer Louis Theroux and trampling where angels fear to venture because I live there.

A subcultural classic, Inspired by Paris is Burning, the Jenni Livingstone 1990 classic. I was a teenage revolutionary. I was one of the younger survivors, and I document the hidden side of queer history, the untold stories of defiance, love and violence. A documentary about the violent clashes with police at Australia's first proud party, Australia's "Stonewall" in 1978, led to the world-famous Sydney Gay and Lesbian Mardi Gras. It's about the price those protesters paid for that liberty. The film looks at the connections between political oppression and depression over the generations and gives a message of hope and pride. The film is passionately, defiantly, beautifully queer.

It is inclusive and made by people living with disability, trauma and features gender diverse viewpoints, bisexuals, queers, indigenous rebels and queer sex workers. This is the story they didn't want you to hear.

Flipside of Flamboyance is a film about justice, truth and love

An Insider's perspective – journey from jail (1978) to party (2018 @ beyond).
An intimate, candid, up-close narrative of untold queer stories of defiance, violence and love.

It is inclusive and made by people living with disability, trauma survivors and features GLBTIQ, gender diverse viewpoints, bisexuals, queers, indigenous social justice rebels and queer sex workers. The film features exclusive footage with Noel Tovey, 90, author of "Little Black Bastard".
The film is about human rights and political struggles, making real the stories of revolutionaries.

Flipside of Flamboyance is an intimate, candid, up-close documentary about a hidden side of queer history, the untold stories of defiance, love and violence. The film is not just about the public protests and the violent clashes with police at Australia's first proud party, Australia's "Stonewall" in 1978, that led to the now world-famous Sydney Gay and Lesbian Mardi Gras.

The documentary is about the emotional price protesters paid for liberty. The film looks at the connections between political oppression, trauma and depression over the generations and gives a message of hope, resilience and pride.

Through candid one-on-one interviews and unique archival footage, Flipside of Flamboyance, shows the way that the sexual diversities of the interviewees have led to ostracism, police prosecution and personal battles with employment, family, love and health. The pathos, parades and pride reveal the courage it takes to survive 40 years from arrest to being part of a huge celebration in 2018 at the 40th Anniversary of the Sydney Gay and Lesbian Mardi Gras.

The film creates a document of the past that can be used as justice roadmap for the future. I am documenting a generation of social justice activists so that the stories and struggles and histories stay on the record for present and future generations to be able to have this knowledge and to understand the past to effectively change the future.
The stories show diverse individuals including:

Peter Murphy who was violently bashed by the police at the first gay Mardi Gras, 1978. His story is about overcoming injustice, injuries and indignity through positive thinking, political resistance and personal resilience. "My bashing at that first Mardi Gras was a terrible shock, and it was connected to being punished for being deviant for being different for being gay".

At the Stonewall riots in the USA in 1968, Noel Tovey met Judy Garland, has been bashed in a Melbourne prison as a young gay man accused of "the abominable crime of buggery" . Exclusive interviews document his life and times.

Through communication and feeback diverse local and international people and organisations via social media and personal communication networks.