An obsessed artist, an audacious vision and the troubled history of Communism combine in an epic artwork.

Renowned Chinese-Australian artist Jiawei Shen is painting a monumental artwork that he claims will give meaning to his whole life. This former Red Guard, still famous in China for painting one of the most famous images of the Cultural Revolution, Standing Guard For The Great Motherland, is now creating a fantastic parable of the history of Communism, in the style that has established him as the foremost history painter in Australia today.

Epic in concept and scale, his Tower of Babel painting depicts over 400 famous and infamous characters including politicians, soldiers, scientists, artists, writers and filmmakers won over by the utopian vision of the Communist movement, as well as many forgotten people who lost their lives to Revolution. It also includes remixes of 130 iconic artworks by left wing artists, including Picasso, Matisse, Léger, Diego Rivera and Frida Kahlo; on a huge canvas of 130 square meters, as high as a 3-story building.

In telling the stories of Jiawei’s own personal journey and that of his wife Lan, from poverty in Mao’s China, through the tumult of the Cultural Revolution, and eventually as political refugees to Australia, the film will show how personal biography inspires art. Now, as tensions between Australia and China escalate and there is even talk of war from some Australian politicians, how will Jiawei’s most important work be received? Can the past speak to the present or will it be silenced? 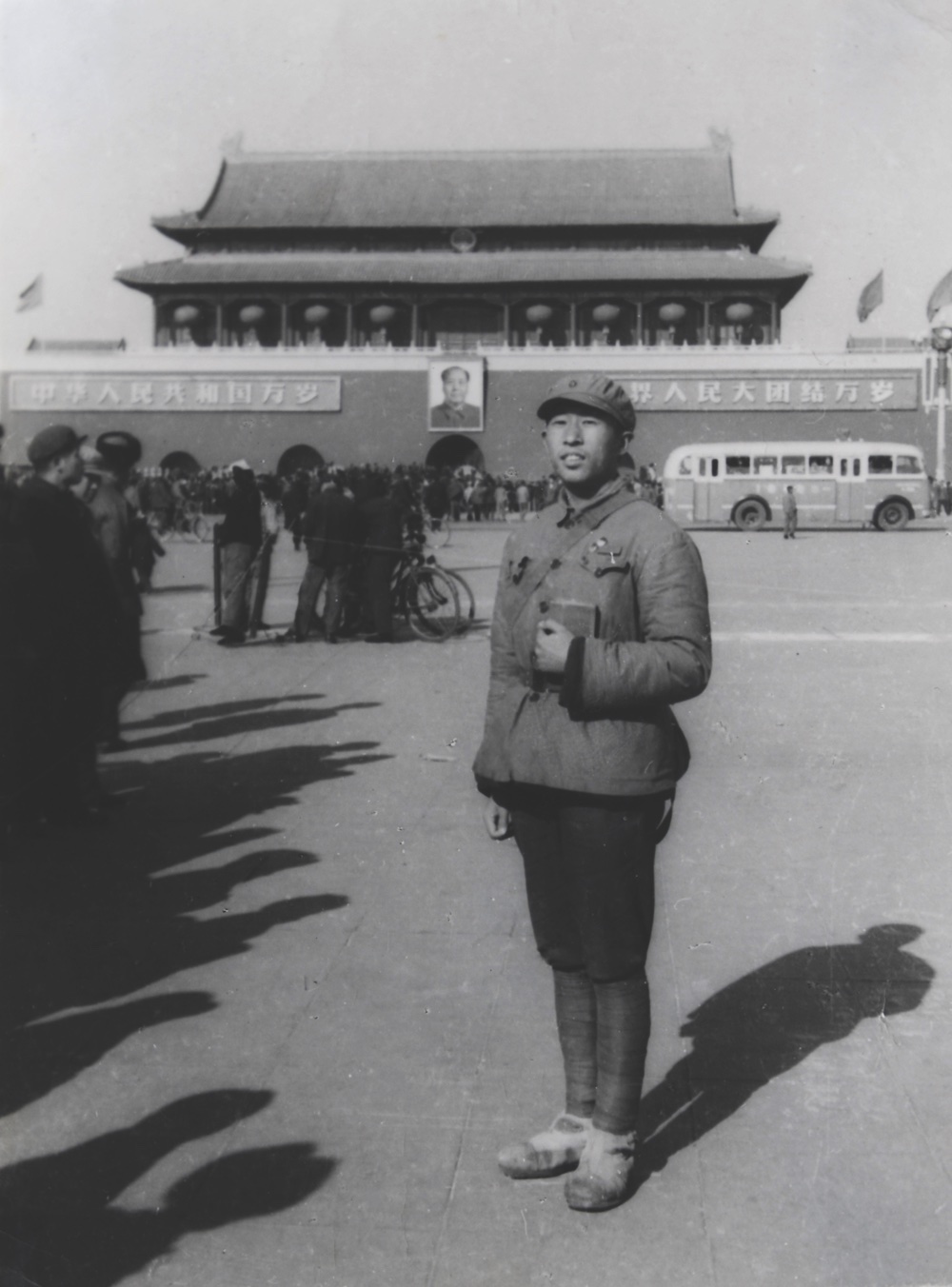 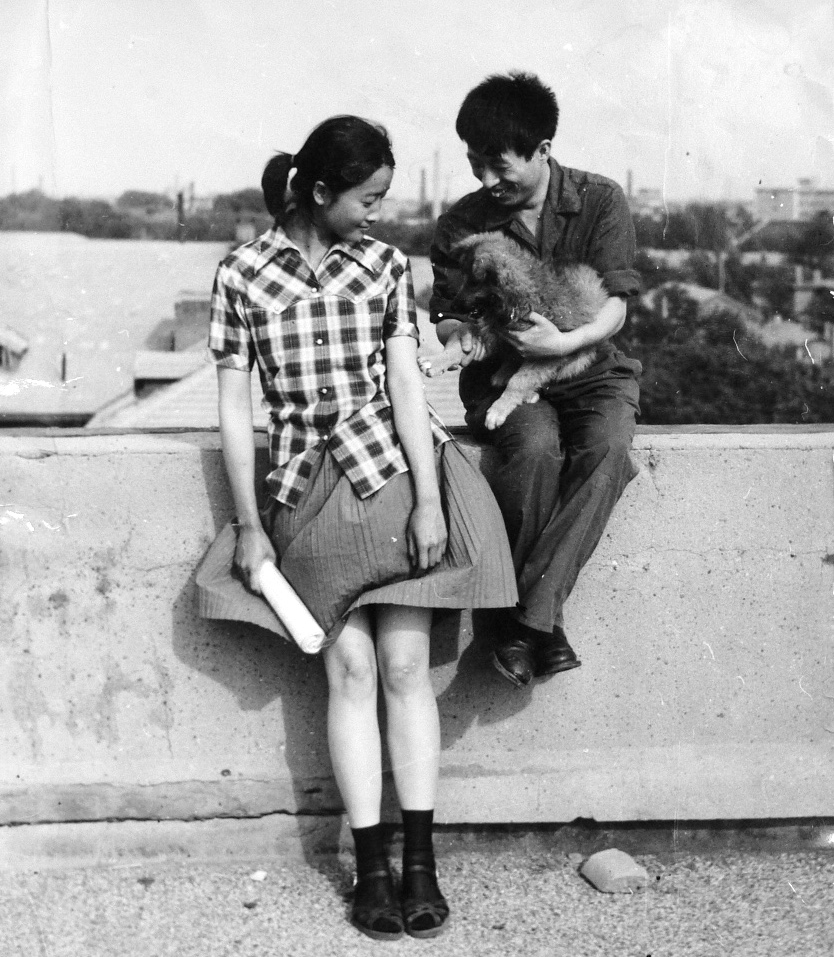 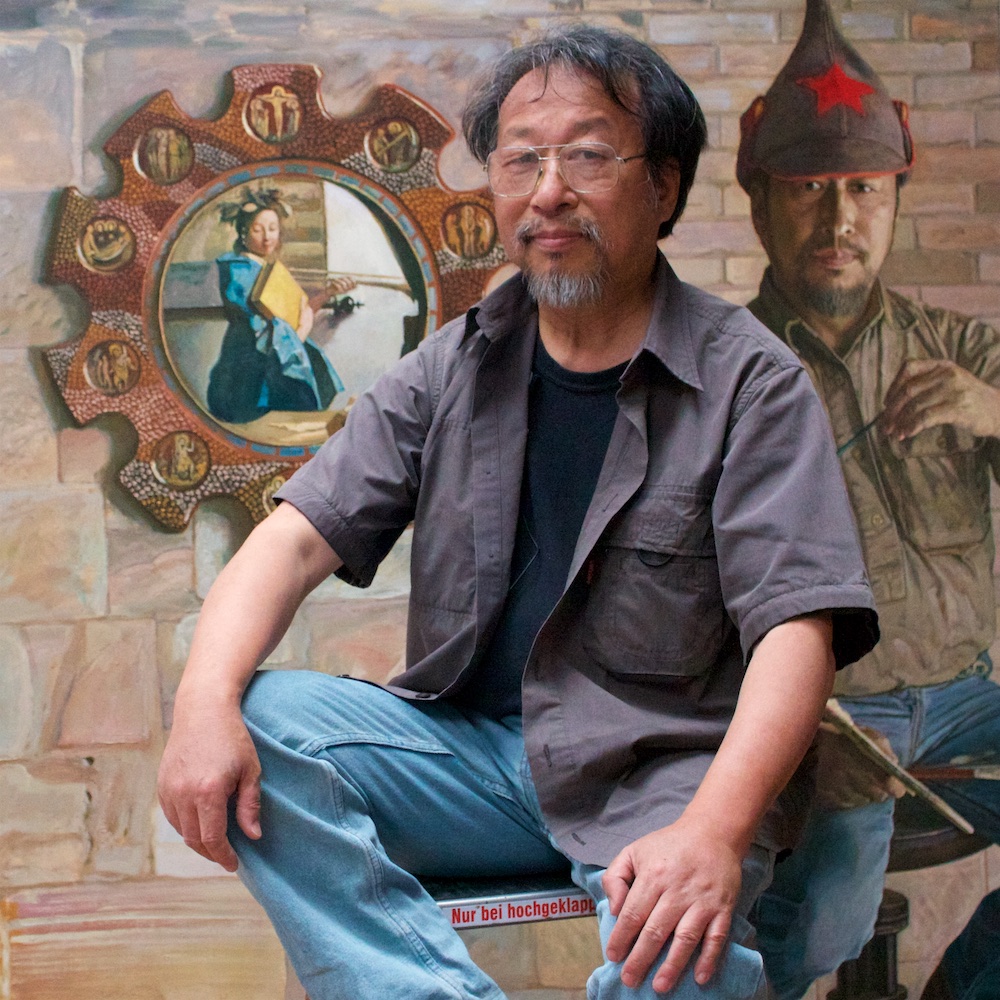 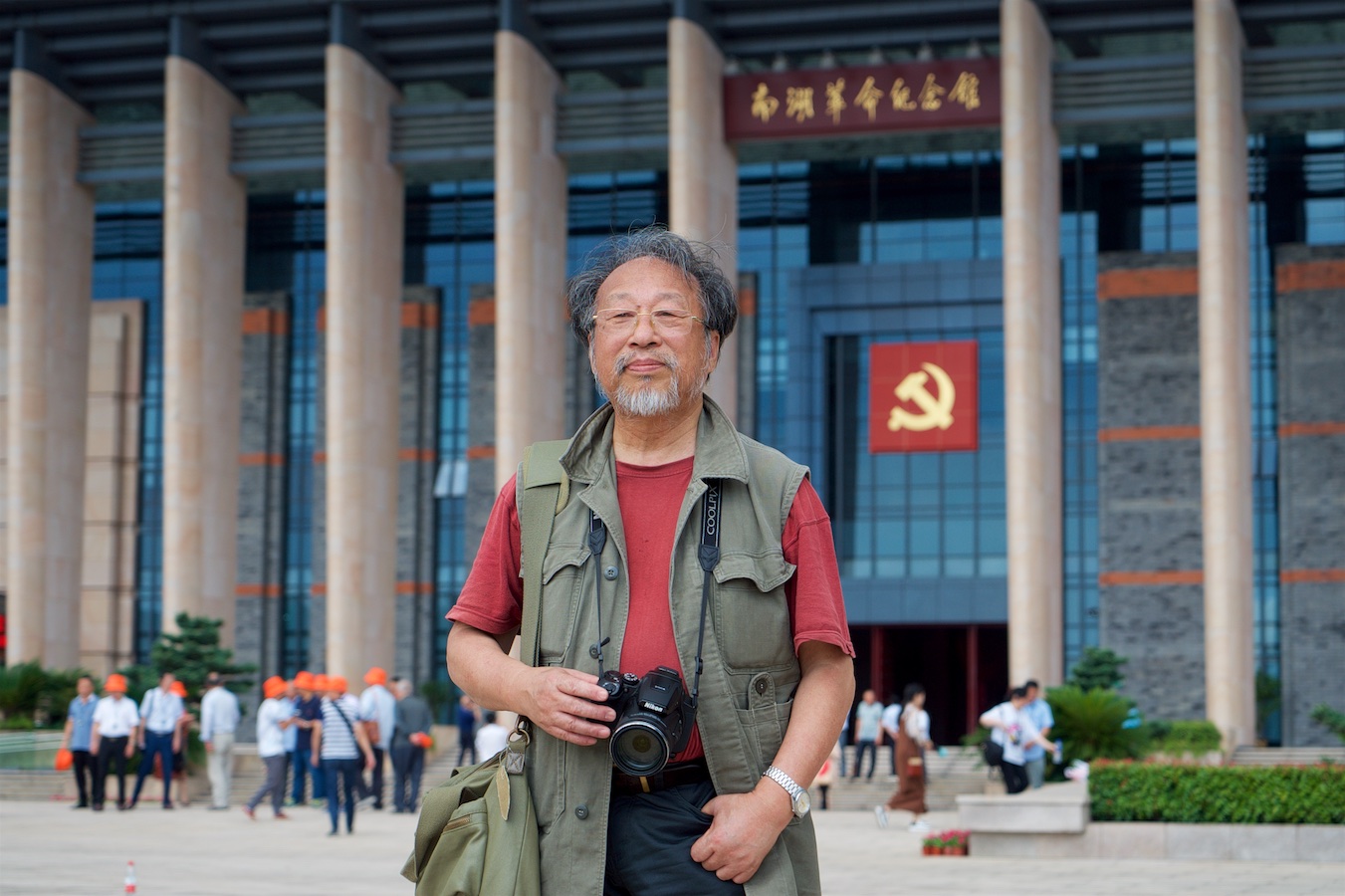 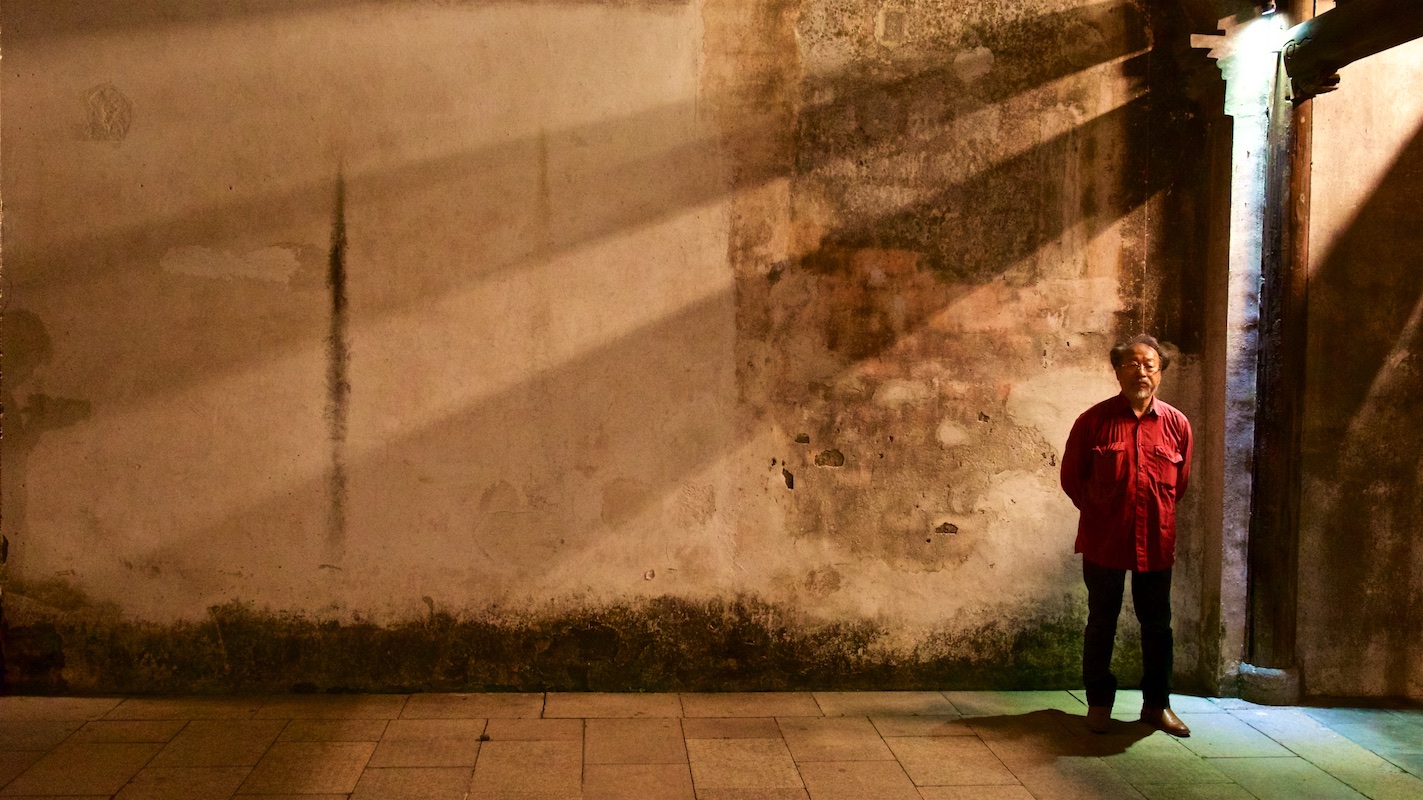 In examining the content of Jiawei’s new landmark work and following his own search for meaning, Welcome To Babel illustrates the intimate link between many of the greatest art works and artists of the 20th Century and the aspirations of a movement that too often failed to live up to its own high ideals.
Jiawei’s Tower of Babel painting celebrates the lofty vision of the Communist movement that captivated not only politicians but creative artists – painters, novelists, philosophers, playwrights, musicians and film makers – across the world then contrasts that inspiring vision with the suffering and repression that was so often the reality.
In telling the story of Jiawei’s own journey and that of his wife Lan, from rural China through the tumult of the Cultural Revolution, the film reveals how personal biography inspires great art. It profiles the work of a respected multi-cultural Australian artist, and champions the role of artists in fighting for progressive social change.

In Australia artists are too often expected to avoid politics, but in Jiawei’s painting, and in his own life, art and critical social commentary are inextricably intertwined.
At this time of anxiety about the Australia-China relationship, Jiawei & Lan’s story offers a deeper level of understanding of current events which are creating difficulties for many Chinese Australians. We believe our film can play a role in shining a light on these complexities and suggest pathways to social harmony.

We want the audience to better understand the forces that have shaped the life and the work of an important Chinese-Australian artist, and to better recognise his considerable contribution and that of others like him to contemporary multi-cultural Australia.
Given current anxieties about the rise of China, we also want to offer Australians in general a better understanding of factors that have shaped China’s recent history. Jiawei and his wife Lan have lived that history, and now he is painting it. With this film we want viewers to be able to share and understand their journey and that of many Chinese Australian families.

Our documentary will achieve its outcomes through ongoing screenings via diverse distribution, educational and community channels. The filmmakers and the artist will participate in theatrical presentations of the film to a wide range of audiences and speak to its themes. A television screening on SBS or the ABC, which we hope to secure by the time the film is completed, will take the message of the film to a wider general audience. And the shortened version of the film will continue to take the film’s message into secondary schools together with an educational study guide.

Our advisors include Art Critic John McDonald who is an expert on Australian and world art history, Simon Chan who is Director of Art Atrium, on the AGNSW VisAsia Board of Directors and closely involved with several peak Chinese Community organisations, and Professor Mabel Lee who translated the Nobel Prize winning book Soul Mountain by Gao Xingjian and has written widely on Chinese-Australian artists. These advisors are helping us in shaping the project and will also assist in the film reaching its target audiences.

In discussions with our distributor, we have built a strategy to create different versions to appeal more specifically to our various audiences including cinema & film festivals, television and education.

We expect the Wow Factor of Jiawei’s monumental achievement will create a media buzz and become a talking point especially in the Chinese-Australian and Arts communities, but also more widely. The impact of the painting will be heightened by the documentary, and people will respond with empathy to the suffering of so many people under despots and dictators in recent history. We believe such empathy will help to create and maintain harmony in society, especially in regard to the Chinese diaspora. Jiawei’s heroic achievement in completing his epic work will also inspire people to greater achievements in their own lives.

Success will be in reaching the Chinese community in Australia, as well as achieving the widest possible penetration through the Arts community and the general public. We believe that with the growing focus on China in Australia this film will be acquired by SBS or the ABC, allowing us to reach the wider Australian audience.

Success will also be measured by the penetration the film achieves within secondary and tertiary education systems, with application both in Arts and History. We will take advice from teachers and educators in re-packaging the film for use in the classroom together with an inspiring study guide, to ensure maximum reach and impact.

While Jiawei’s Tower Of Babel painting is based on what began as a European movement, he is for the first time telling this story from a deeply Chinese perspective, and we expect the film to generate considerable international interest.

The Silent World of Barry Priori: Signing not waving