Filmed over 10 years this intimate portrait captures coming of age inside the world of competitive skateboarding.

We meet Poppy at 19, when she’s on the precipice of not only becoming an adult but also representing Australia for the Summer Olympics. The film takes you into Poppy’s every day ordinary world from when she first picks up a skateboard at 8 years old until everything in her life is thrown up in the air in the wake of the pandemic. The story traverses Poppy’s adolescence, she falls in love with skateboarding and travels to international competitions, winning (& losing), graduating high school, maintaining & losing friendships all the while attempting to remain calm under the pressure of being number 1. We often think of coming of age in the obvious . This film captures Poppy’s story in the incremental and everyday imperceptible choices that stack up over time & along the way become pivotal to show the transition from girlhood to adult. It’s this journey; the creation of character I am interested in revealing…Particularly for women and particularly in this time. 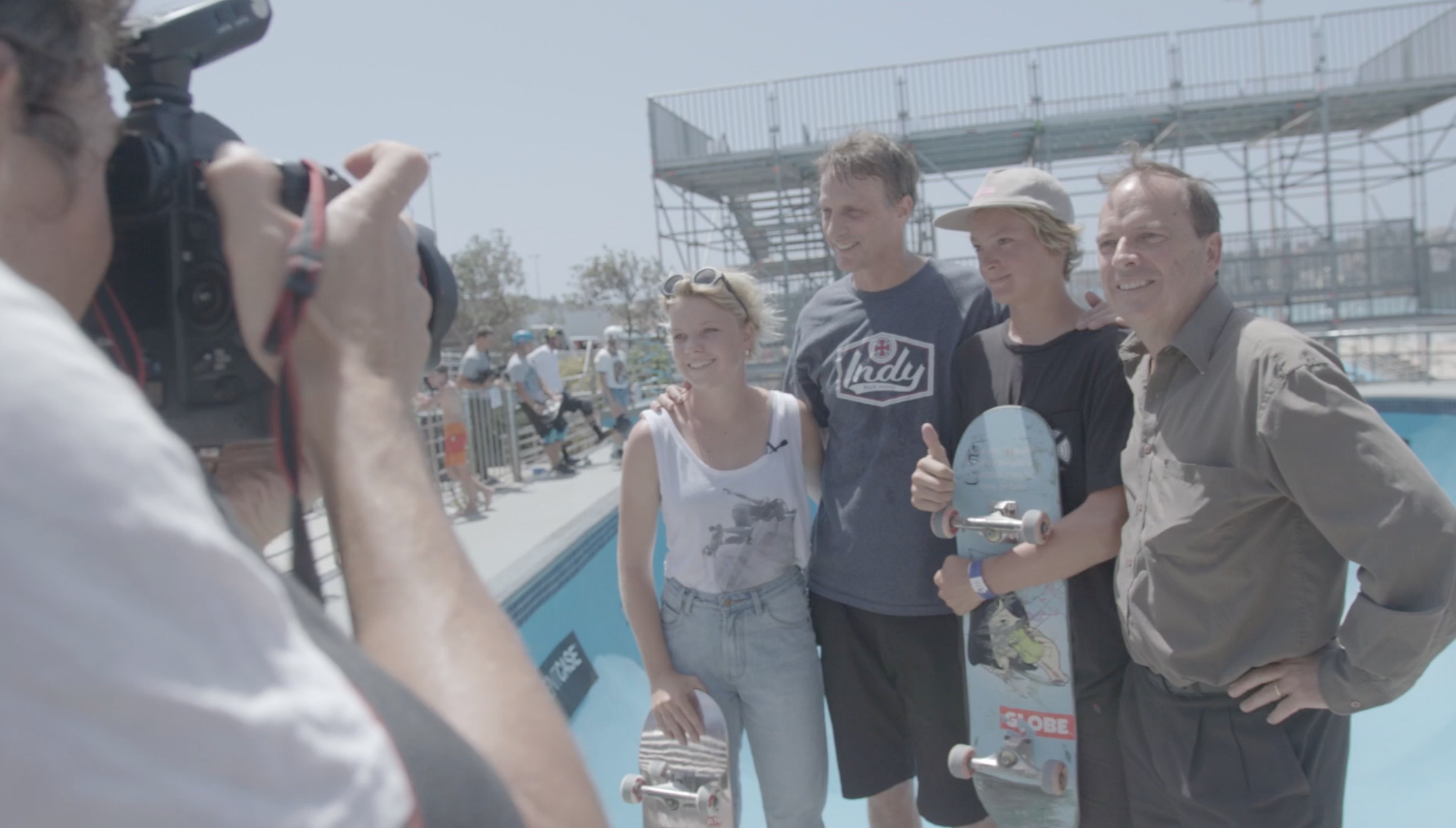 More than 50% of girls drop out of sports in their teenage years.
This has a direct impact on body image, self-confidence and who and what they can achieve as they become adults. This issue while being a part of the conversation today is still very much underrepresented in the stories we tell. Australia has yet to produce a story such as this, showing the complexities and nuances of what it is like to be a girl in the world today. The representation of LGBTQI and how a teenager deals with the complexities of gender and sexuality are also themes and issues under represented in the coming of age space. These stories are normalised by being told and seen and supported in as much as they are just like any other love story. By giving girls (and boys), mothers and fathers, role models that look more like the everyday person we implicitly give approval and break down stereotypes that are still very much held in the public sphere.

We have yet to allow for the nuances that come with equality in the attributes of what it takes to be competitive and successful on the field & at the boardroom table. Often girls shy away from sports & competition because of this which leads to a lack of representation in competitive & leadership roles.
It is our hope through telling this story that we break down those stereotypes, encouraging girls to take up space, in their own way.

Short Term
Changing perceptions what attributes women & girls bring to the field & the boardroom
Raise the profile of women in sports by providing a role model in Poppy.
Raise awareness of key issues including the “gender gap.”
Encourage sharing of stories via social media of other girls doing things their way.

Medium Term
Women are empowered to use their voice and are engaging in discussions about gender equality in sports and in the boardroom
A retention of young women partaking in sports in their teenage years; getting involved in traditionally competitive male dominated career paths.

Long Term
Women & diverse voices participating in sports and boardrooms equally to men.
The attributes of what women and diverse voice brings to that space is valued and rewarded as much as what was traditionally accepted. (For example, leadership with compassion and empathy is just as, if not more powerful than leadership without it).

We have relationships with Vans Worldwide, the AOC, Optus & Visa. We are in the process of stabilising our relationship with the AIS. Poppy as ambassador for Vans, Optus and Visa put her, and the film in a unique position to create impact via these brands – having direct access to girls and boys of the 14 – 30-year-old age group. These brands are interested in supporting women in sport and we will work with them to create a strategy encouraging girls to stay in sports, to discover their own voice and to ensure it is heard and valued on the sports field or in the boardroom. We will use social media (where our audience spends its time) heavily to promote these ideas. We will also work with educators and sports teachers to bring these concepts and stories into schools. As we move into the next phase of production and impact development, we are excited to lean on these relationships to generate thought provoking conversations amongst our target market.

We want girls (& boys) to feel they are valued, their choices, even if they aren’t “right” or “normal” are worthy, an alternative pathway can also lead to success (or failure just as much as the traditional story does).
We want people to continue to strive to find their authentic voice and no matter if it’s white, black, grey or even undecided - their story is of value, they are of value. We want them to lean in to the unknown without fear of stereotypes, of failure, of being less than.

Number of views/downloads/streams of The Film.

Anecdotal comments and feedback online and at film screenings and school events.

A rise in women staying in sports during their teenage years.

Prize money in all competitive sports being equal amongst girls and boys.

Conversations around competitive sports & the path to it being widened to include traditionally female traits.

Conversations about what success, failure actually look like and that they are different for individual pursuits.

PR, news articles, news stories, social media conversation on the story of the film and what it has allowed women to do. Through the eyes of the world’s best athletes, paired with groundbreaking scientific insight a new era is born.
VIEW PROJECT Hard-Ons: the Most Australian Band Ever!