Noor Kabir was born in a Bangladeshi Refugee camp, where he and his family struggled to survive. Without enough food or clean water, he struggled to have any hope for a life beyond the struggles and dangers that exist within the world's largest refugee camp. But when he was in his early teens, he decided to run from the camp into mainland Bangladesh, where he found people in a tent watching the movie 'Rocky'. What he saw was a kind of 'magic'. He had never seen a television before and seeing this movie created a desire in him to have something better in his life. This was the beginning of a long and dangerous journey to Australia. After spending three years in community detention, he was released in Brisbane, where he found something he could do - lifting weights. With a dream to represent the Rohingya, he set himself the goal of one day becoming Mr Olympia.

With strict determination, he transformed himself, and in early 2021, became the world's first Rohingya body building champion by winning the Brisbane Classic. His win not only went 'viral' online, with millions of views and international media, but generated a huge response from Rohingya people around the world, who see Noor Kabir as a Rohingya hero.

Follow Noor Kabir through the remainder of the 2021 body building season as he strives to win a pro-card, which is essential to him taking the next step to fulfil his dream of representing his people on the world stage. 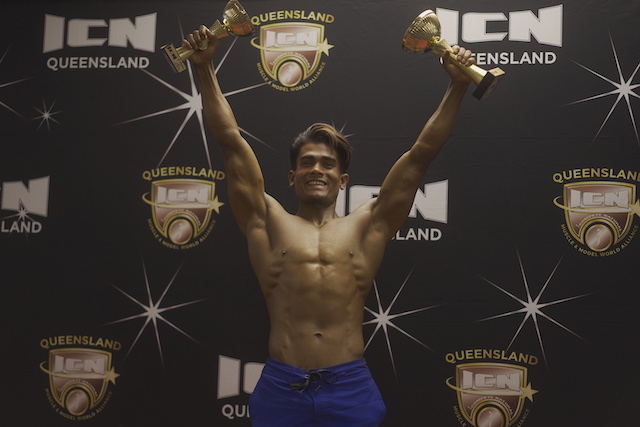 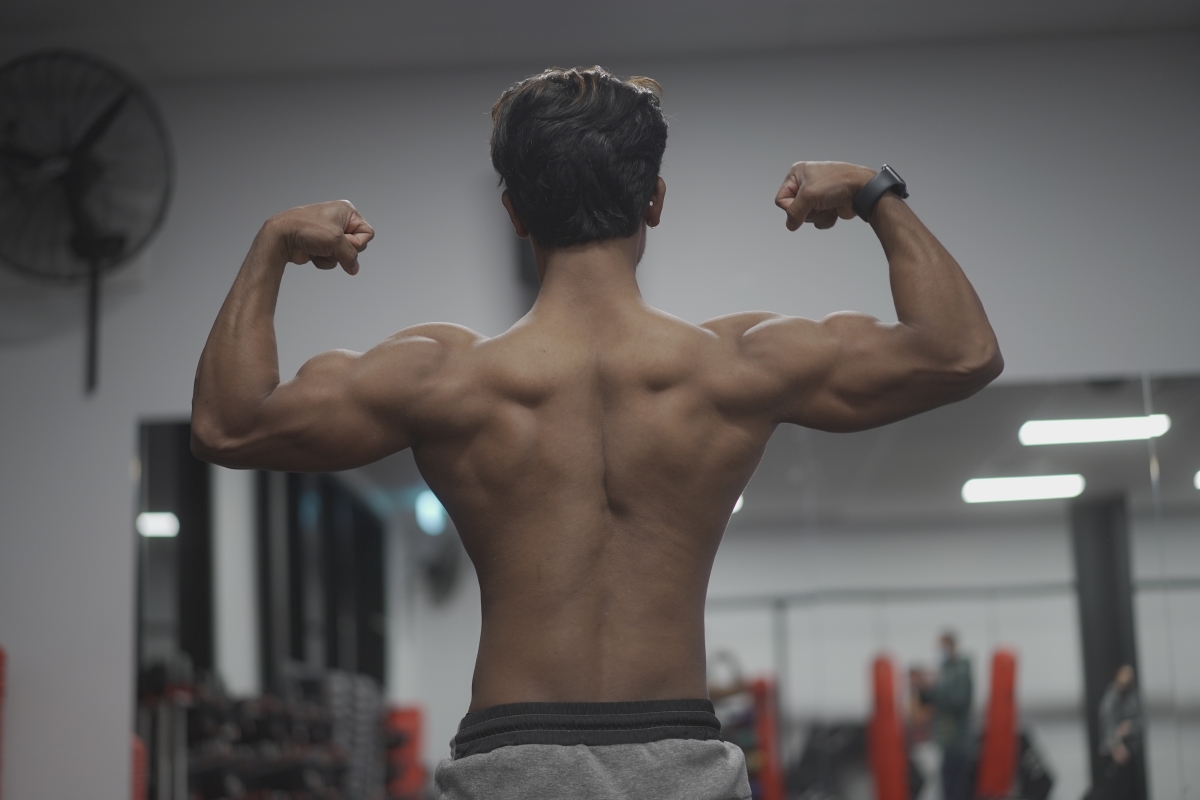 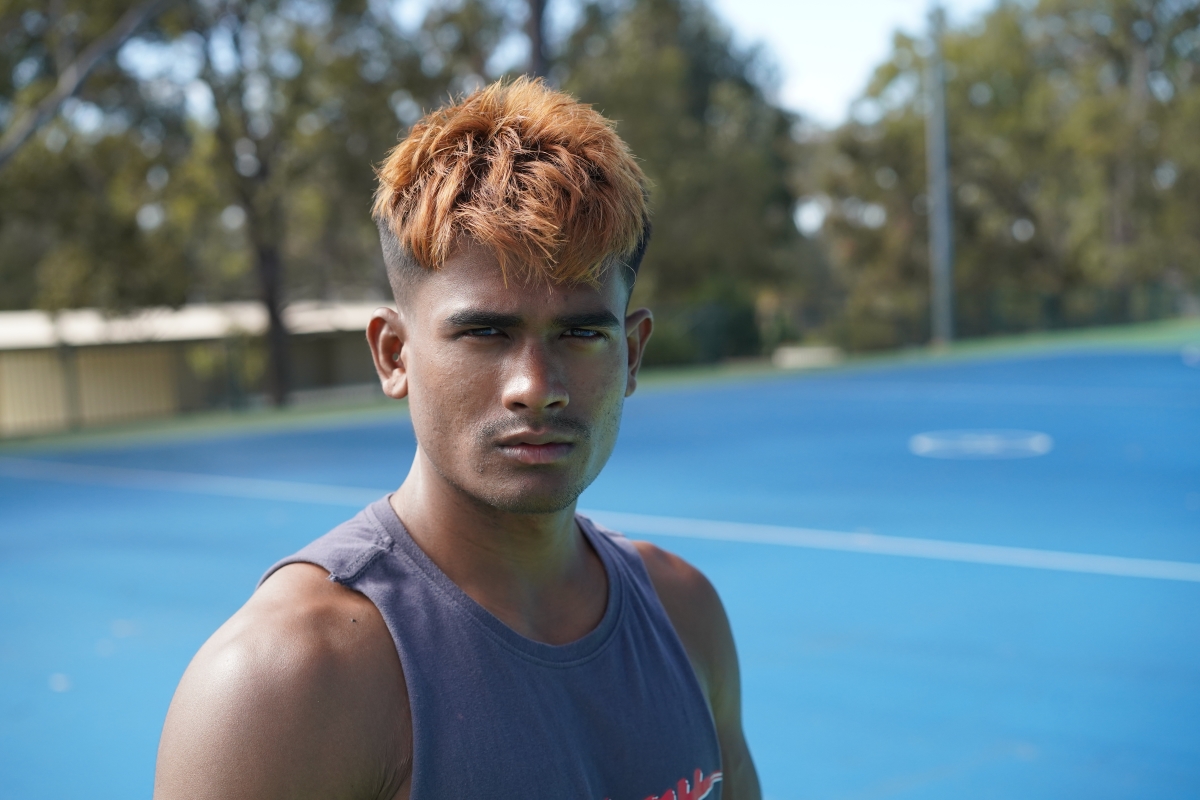 ‘Rohingyas are often called the most persecuted minority in the world, unable to claim citizenship in a country that refuses to recognize them. Beaten, raped, abused, displaced, and killed, the Rohingya have fallen victim to the horrors of a genocide that the world is not watching.’
(Gabriella Canal – Globalcitizen.Org – 11/02/17)

The United Nations has described the Rohingya as “the most persecuted minority in the world.” (UNHCR). Despite this fact, the Australian government continue to mistreat refugees who arrive by boat. Beyond this, there is evidence of racism and prejudice against refugees in Australia. With the Rohingya being a muslim minority, this prejudice is intensified; with sections of the government and media creating an image that people like the Rohingya are a threat to this country and are not welcome. With such strong influences in the media and government, these negative views are hardening in sections of the Australian community.

We all know someone (or many) who hold prejudice views against refugees; especially against young Muslim men. The impact vision for this documentary is to reach a wide range of viewers, who may not have ever considered the plight of refugees - to open their eyes to the truth; that refugees not only deserve support but can contribute much to building our society for the future. They are not to be feared, but welcomed.

We want to see real outcomes through this project:
- Increase in empathy: A wide range of individuals who will develop a new understanding and empathy for refugees.
-Decrease in fear and racism: A counter story to sections of the government and media, who lean into the narrative that refugees are either just ‘economic refugees’, or that they pose a real threat in coming to Australia.
-Increased community support and discussion around refugees and how Australia should do more to help.
-Systemic change through increased public pressure to ensure that refugees are given protection and a chance at a better life.

The outcomes will be achieved by finding a number of traditional (and innovative) ways to reach a wide audience:
National television expected release September 22,
- Australian and international film festivals
-Working with the Dhaka Doclab to have the film promoted in Bangladesh
-Independent cinema screenings (in cities and regional centres) with a tied-in hybrid event which will include a 'posing' performance by Noor Kabir and a Q&A session.
Social media promotion and 'live' Q&A's with Noor Kabir
Refugee fund raising events (held in partnership with Refugee support groups and advocates)

While we do not have formal film partners, we are consulting with Rohingya community leaders and representatives, as well as refugee advocates. We are also looking to utilise the relationships we have built with national body building organisations, which have thousands of members.

By drawing in new eyes to Noor Kabir's story, those that previously held prejudice towards refugees, are very likely to come away with more understanding and empathy, and this can lead to real positive change.

#number of views
#level of engagement (through comments on social media/shares etc)
#number of resulting national and regional news articles in print and television/online
-Quantitive analysis of Q&A engagement/questions/discussion following screenings
- At a higher/long term level; contributing to change in public views, which will support shifts in public policy