The trials of Collaery and Witness K charged under draconian “terror laws” blows the lid on Australia’s darkest secret.

Bernard Collaery and Witness K didn’t set out to become martyrs.
They did intend to right a very large wrong, and apply the legal system to hold the wrong do-ers to account. However, when the people you’re attempting to bring to justice are the former members of the Australian Government, the rule of Law begins to bend in unexpected ways; while a history many have tried to keep buried becomes exposed with every deceitful step.

Reluctant Saviour: Australia’s Secret War on East Timor is the real story of East Timor and the involvement of the Australian Government.
It covers the beginning of Australia’s relationship with the small nation, through the Portuguese withdrawal and Indonesian invasion, the 25 years of genocide followed by the vote for Independence in August 1999. It is here in our story that a critical 48 hours in the UN compound, while surrounded by Indonesian Militia, made all the difference for the Timorese and changed the course of history.

Following the arrival of INTERFET, a UN led peace-keeping force, Timor started on a rocky pathway toward self governance. We examine Australia’s relationship with East Timor, from 1942 up to present day and we ask ourselves – are we really friend, or foe?

By 1999, Indonesia’s 24-year brutal occupation of East Timor is coming to an end, yet Indonesia will not give up. By early September, the UN compound in Dili is under siege and the last chance for independence is slipping away. For Australia, billions in oil and gas is at stake. Twenty years later, the in-camera trial of two Australian's threatens to reveal Australia’s darkest secret - the cover-up of a genocide second only to the Holocaust and an illegal grab for the spoils of war. 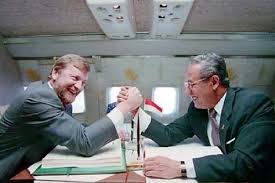 RELUCTANT SAVIOUR shows how Australia’s “national interest” is used to cover up crimes against humanity. When the Australian-led peace-keeping force known as INTERFET entered East Timor in September 1999, another story is unfolding, more complex, dramatic and sinister than this ‘heroic liberation’ might seem; RELUCTANT SAVIOUR is a story to set the record straight so we may learn from East Timor’s dark history something about ourselves, our governments and our democracy.

Australia is a democratic state but when It comes to ‘national Interest’ we are ruled by a 'deep state' - an unelected, unaccountable and amoral few who stand above politics. But the deep state responds to public pressure as we see in the events of September 1999 when East Timor stood at the brink of survival. Today, the secret trial of Witness K and his lawyer Bernard Collaery leads to an understanding of this reality. Only public pressure can bring these two heroes the justice they deserve.

Short-term outcomes: A worldwide festival campaign earns a reputation for RELUCTANT SAVIOUR that flows on to exhibitors, publicists, critics and the general public. Festival accolades mean ink in trade mags, pop culture reviews, newspapers, off and online. Only through a solid international reputation will the film’s vital message get cut-through, to work the next level in ANZ and the world.
Medium-term outcomes: Box office results speak for themselves and in turn enable our film to reach, not only the cognoscenti but audiences who may not yet have thought about the importance of our film’s message.
Long-term outcomes: Awareness of the need for transparency in government as we face challenges from climate change, the rise of China and diminishing US power. Australians particularly need a confronting film that demonstrates the power of democracy. Practically, our film is used in all manner of ways to raise funds to allay poverty in Timor Leste, to whom Australia owes so much.

Those unfamiliar with how Australia liberated East Timor from a bloodthirsty Indonesian army in 1999, may think Australia “saved East Timor”. Nothing could be further from the truth. What really happened, why it happened and logical conclusions about Australia and its relationships in the world is the business of RELUCTANT SAVIOUR.
We want audiences to be aghast and compelled to action against the mendacity and cruelty of Australia’s deep state. To help audiences pursue practical initiatives we will create a hierarchy of “things to do after watching RELUCTANT SAVIOUR”. Suggestions ranging from such basics as donating to alleviate poverty in Timor Leste, to “people power” initiatives that seek justice for the two whistle-blowers in the film (K/Collaery) whose lives are already ruined. Bernard Collaery’s un-published book about his ordeal is so heavily redacted by our deep state, it is virtually banned. Publication in full is a major outcome we expect by virtue of public outrage.

RELUCTANT SAVIOUR is informed by interviews with guerrilla leaders, Presidents, Prime Ministers and Foreign Ministers of TL past and present; long-time Timor watchers, academic researchers, ex-intelligence officers and a host of others whose expert knowledge is applied to a story that begs to be told. Many books also inform the narrative by authors such as Ian Martin (UN Chief of Mission) as well as eyewitnesses and journalists without whose courage and reporting TL would not be free today.
Partnerships informing the narrative include the Australia East Timor Association, East Timor Action Network (US), Friends of Timor Leste, TL Maritime Boundary Office (Dili) and Timor Sea Justice Campaign. Australian trade unions (CFMEU, Transport Workers, Nurses, Teachers and Maritime Unions) have promised donations. Donors have come from all quarters of society, proving that our story cuts across class lines and bodes well for a depth of audience unusual in a political documentary.

Call to Action #1: Write to the Attorney General of Australia demanding the dropping of all charges against ASIS agent, Witness K and his lawyer Bernard Collaery
Call to Action #2: Sign the petition that calls for the publication in full of the almost totally redacted un-published book by Bernard Collaery. Banning of books that expose government chicanery and corruption should not be a part of our Australian democracy. This is a Free Speech Issue of the highest order.
Call to Action #3. Donate to initiatives created by Ines Almeida (next TL Ambassador to Australia) that alleviate PTSD. Veterans of Timor’s guerrilla army, Falintil, the Australian-led intervention force Interfet, Australian Federal Police, journalists who covered the story – all are welcome. Alleviating poverty in TL is a similar call to action. Still one of the poorest countries in Asia, there are many programs and people lining up to help. Our partnership with Friends of Timor Leste network enables audience contributio

Measuring short-term outcomes (a solid international reputation): Accolades that build reputation are used repeatedly as branding on all film materials, copy and paraphernalia. Reputation builds a platform from which to make the changes we have outlined. Tools used include repetition, social media and graphic design.
Measuring medium-term outcomes (reach beyond cognoscenti): One of our distribution partners is Demand.Film, controlling over 2500 cinemas in 7 countries and specializing in films “outside the mainstream”, especially documentaries. Demand for changes as outlined can only increase from a wider audience base. Tools include audience data analysis and social media to disseminate our “calls to action”
Measuring long-term outcomes: (demonstrate the power of democracy; help alleviate poverty in TL) Success of our first 2 measures clearly demonstrates the power of democracy. Helping to alleviate poverty in TL is measured over time using statistical tools and audience word of mouth.