A documentary about one woman’s fight to retain custody of her four closest companions: her pet crocodiles.

Vicki Lowing is a retired nurse who lives in a cosy house on the outskirts of Melbourne (VIC) together with her five rescued pet crocodiles. They are her closest companions, her dearest friends, with her favourite - Johnie, even occasionally sharing her bed at night just like our dogs and cats. Thanks to her medical knowledge, hands on experience, patience and perseverance, Vicki has peacefully cohabited with these prehistoric animals for over 20 years. Johnie was abandoned at Vicki’s doorstep in 1996, while Fovian and Jilly were left behind by their previous owner who had to leave Australia in 2008. Now, the Victorian government department in charge of wildlife - DELWP, is cracking down on Vicki’s licence, claiming the enclosures are not adequate and threatening to repossess all of her beloved crocodiles. Vicki is distraught. Under increasing government pressure, Vicki concedes to relocating her largest reptile - 3 metre saltwater crocodile Jilly, to Darwin. Concocting a plan for Jilly’s best chance of survival, Vicki embarks on a road trip through Australia’s heartland. Cutting through Adelaide’s Hills and Coober-Pedy’s dry, flat desert, with a restless Jilly in the back of the van, Vicki finally arrives in tropical Darwin to hand Jilly over to celebrity croc-wrangler, Matt Wright. Back in Melbourne, Vicki continues fighting to keep her remaining crocodiles despite the government’s relentless attempts to seize them. Vicki will stop at nothing to maintain possession of her crocodiles, even surrounded by her elderly mother and worried son. When this battle is over, Vicki will return to Darwin to reunite with Jilly. Is this apex predator really capable of feeling emotions as Vicki believes? Or, are they governed purely by their reptilian brain? Have the wildlife authorities overstepped their mark? This character driven documentary explores these questions through the workings of a compelling central character who refuses to give up, for the love of her reptiles. 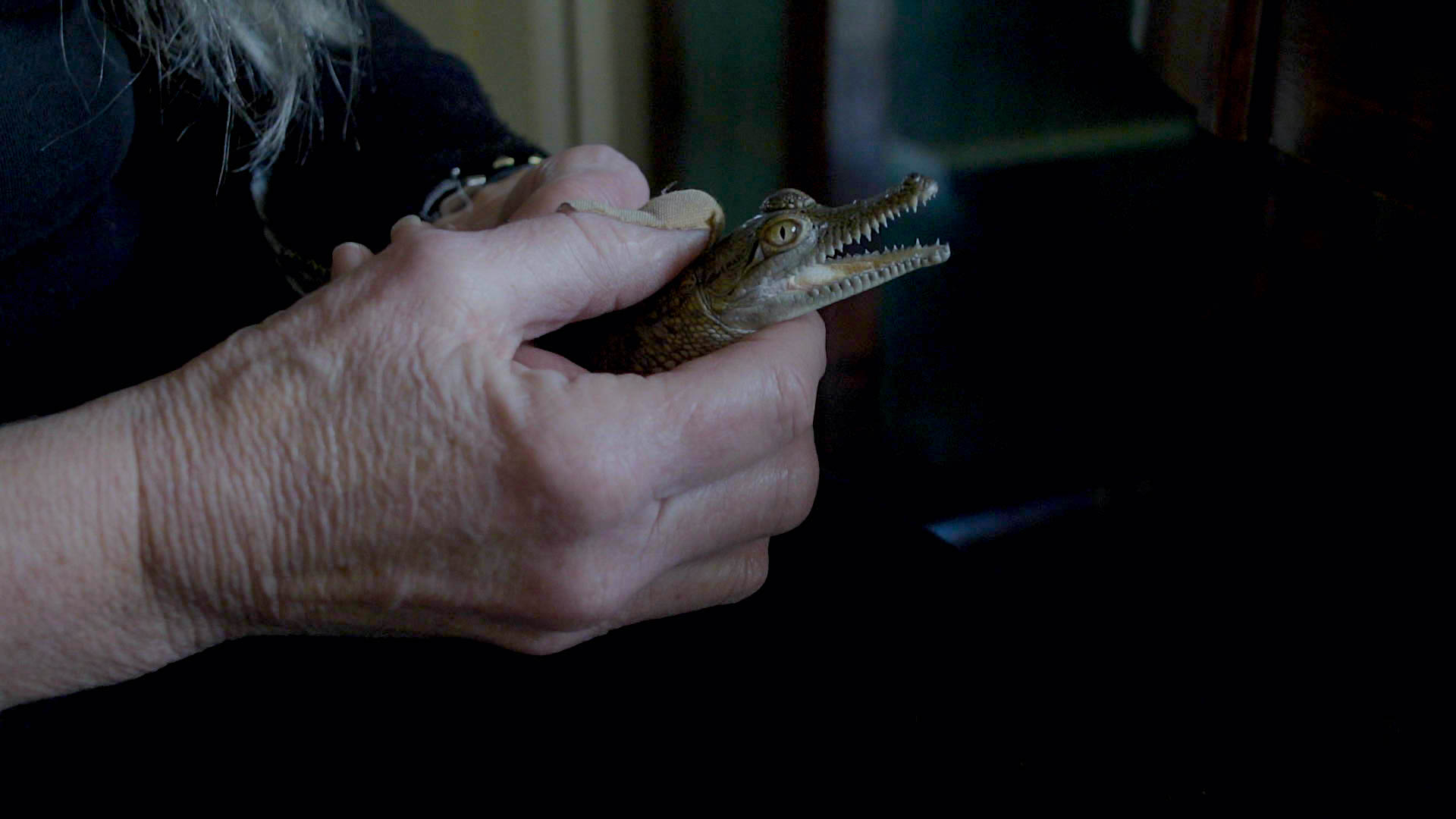 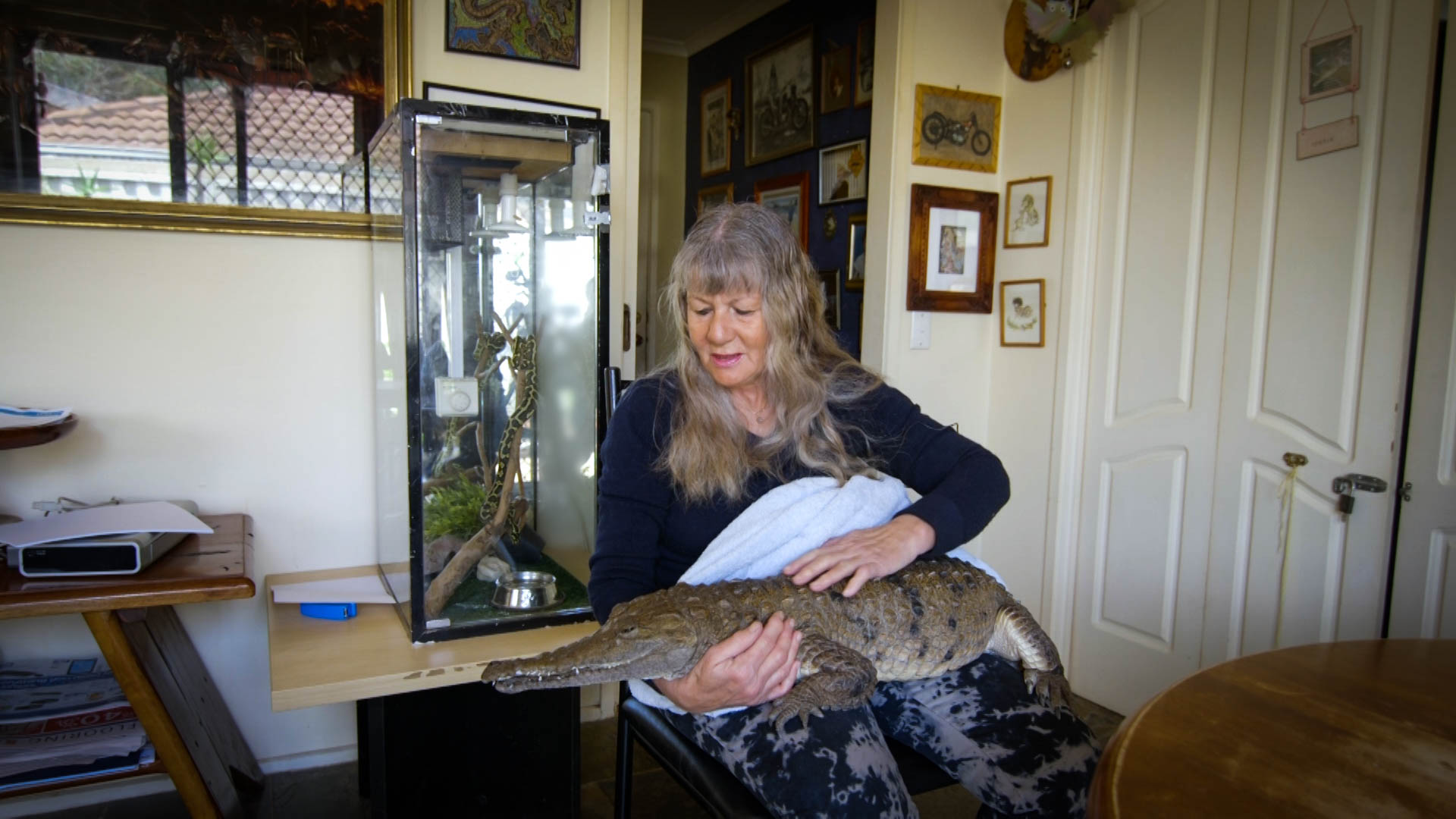 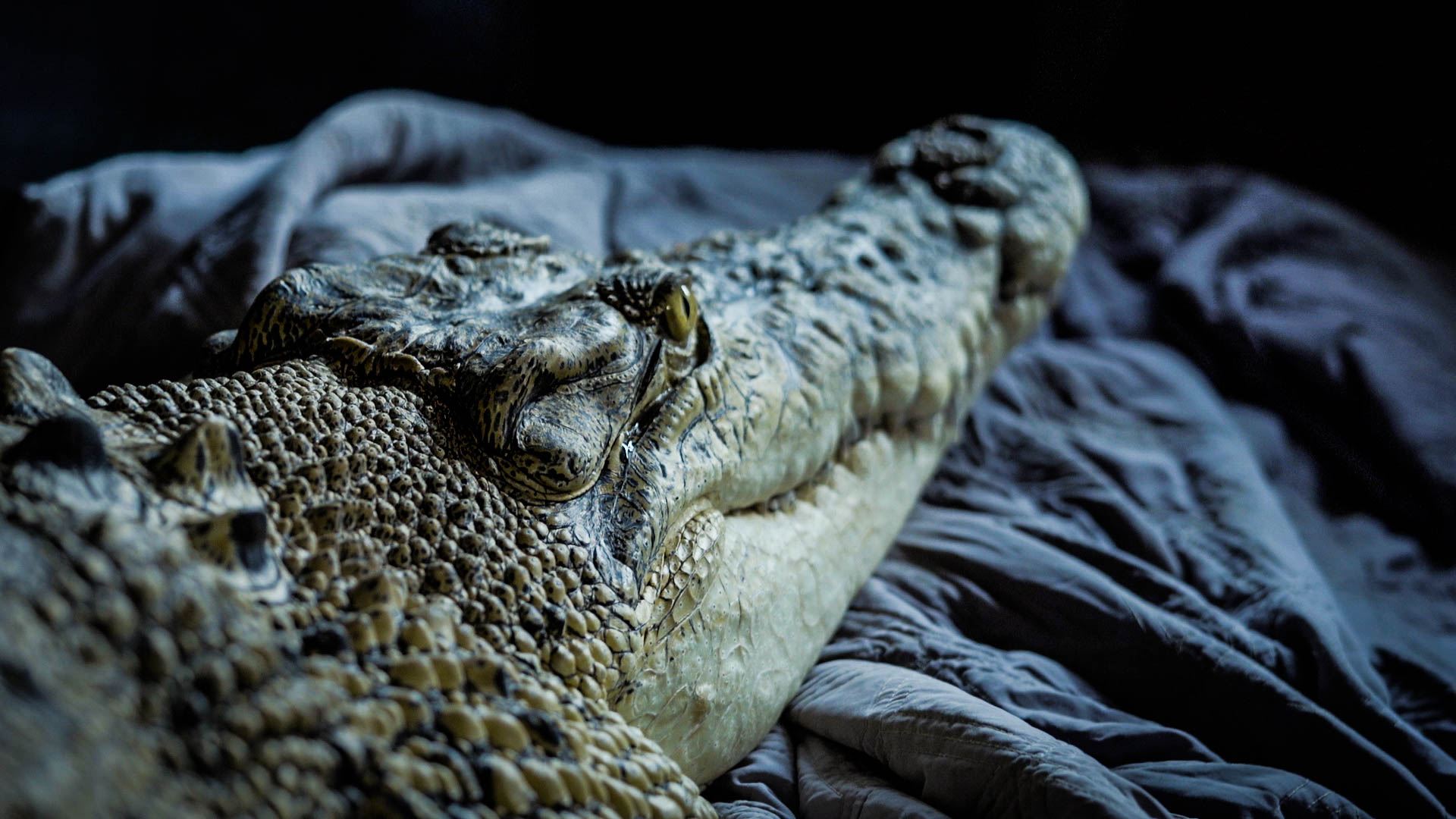 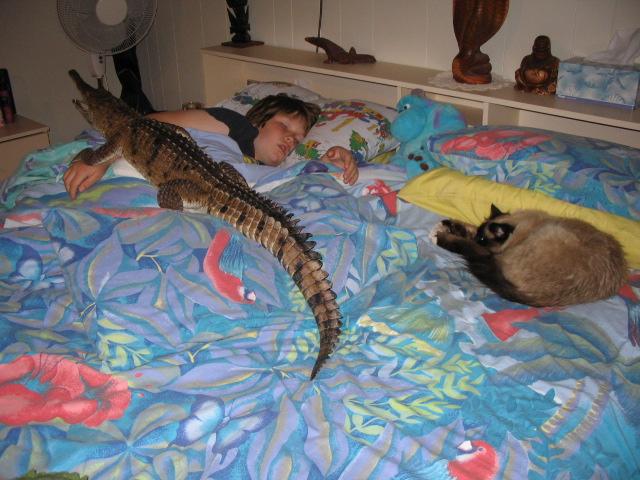 This compelling and unusual narrative will shine a new light upon crocodile behaviours and emotions as never seen before on screen. Human beings tend to feel threatened and suspicious around unfamiliar faces, cultures, and ways of life, yet we must all find a way to share a place on this strange, chaotic, and beautiful earth.
The desire to protect these apex predators is not one that readily crosses our minds, yet we must increase our knowledge and understanding to connect hearts with minds and ensure their place in our exponentially more fragile ecosystem.

Mother Crocodile’s key goals are:
1. Improve the welfare of wild crocodiles by creating awareness around their behaviour and emotional life and instilling a desire to protect them.
2. Mitigate human-crocodilian conflicts, reinforcing croc-wise practices, promoting tolerance and ecotourism projects to encourage crocodile conservation.
3. Educate worldwide audiences about the vital importance of keeping apex predators alive for our ecosystem to thrive and to promote sustainability.

By tapping into the lives of people who live in such proximity with these animals, Mother Crocodile will instigate individual change as audiences open up to the idea of sharing much more than just the land with wild animals.
Specifically, we hope that the film will encourage the following:
- More ecotourism operators that value the beauty of crocodiles thriving in the wild.
- Less poaching or organised hunting of wild crocodiles (globally).
- Communities, organisations & governments will be encouraged to fight wildlife habitat loss, which is the major cause of declining crocodile numbers world-wide.
- Greater awareness of how to be croc-wise and education about croc-wise practices.
- Opening a debate around the implications of safely keeping wildlife as pets.

Mother Crocodile will achieve its outcomes by:
1. Instilling curiosity and awe around the cognitive abilities of these prehistoric animals.
2. Showing the documentary in a prime time broadcasting Australian premiere.
3. Utilising a targeted impact campaign focusing on the crocodile industry, researchers, schools, tourism operators, and crocodile enthusiasts.

Sixty percent of the film has already been shot by Teresa Carante, who has a strong relationship with Vicki, our protagonist, as well as the other subjects of the film.

In May 2020, our team successfully applied for ABC Enhanced Development funding, refining the story concept with the guidance of commission editor Stephen Oliver, and executive producer Madeleine Hawcroft. In December 2020, Thomas Lawrence (Outback Ringer), came on board as our Darwin shooter/director, Adam Britton as our crocodile expert and secondary character, and we secured production funding from Screen Territory.
We also have a variety of partner organisations (both domestic and international) who support the narrative of the film and the story that we are telling, and will help us tap into a potential audience through their networks (such as Wildlife Management International, The Crocodile Research Coalition, Ship Your Reptiles, etc).

Viewers are encouraged to discuss and share their perspectives of the film on social media, opening a strong debate around crocodile's ability to feel emotions and attachments to humans. Mother Crocodile is not the first known story of human-crocodile coexistence, but it’s the first film to document it to such an extent, giving scientists lots of new information to work with. This opens up the opportunity for Philanthropists and interested organisations to donate money for crocodile experts to conduct research, making significant discoveries around patterns of hostility and social support around domesticated wildlife.
We hope that by watching the film, educated travelers will become advocates for changing their behaviours to opt for eco-tourist attractions, avoid exotic animal merchandise, and keep wildlife welfare at the forefront of their minds.

We have several key performance indicators:
1. The number of viewers/ratings/audience reached (we are in strong conversation with the ABC). Our target is an audience of over 600,000 for broadcast.
2. On a broader scale these are our KPI’s for impact purposes:
- A greater appreciation and respect for crocodile species in Australia, finding new solutions to animal-human conflicts, preventing unnecessary harm to crocodiles.
- Increased money dedicated to crocodile research in science: understanding patterns of attack, movements and the function of their memories in order to protect humans from potential attacks and, therefore, reducing humans hostility towards the species.