The enduring story of some Aboriginal & Torres Strait Islander teens who took a life-changing journey to Hollywood.

20 years ago, a group of Aboriginal and Torres Strait Islander teens saved up to go to Hollywood. It took them 18 months, $1 at a time, but that's where they wanted to go and they made it happen. Never in their wildest dreams did they think they could go to Hollywood, yet through their own determination, and on a deeply visceral level, they learned that the world was their oyster.

It takes a visionary to believe that teenagers living a marginalised and isolated existence in a remote indigenous community, could break through generations of hardship, to make a dream come true. Sharon Cavanagh-Luskin (formerly Bonython-Ericson) was, and continues to be, that visionary. Raised in Victoria, of Torres Strait Island origins, Sharon had relocated to the small, seaside community of Yarrabah, where she was working as a community and youth worker, and contemplating how to motivate and inspire the local teens.

On an impulse, Sharon walked into a classroom at the local school, and asked the students "if you could go anywhere in the world, where would you want to go?"

The immediate response was Hollywood!

Sharon challenged the teens to stay in school, stay off drugs, and raise $1,000 each, no matter how long it took. Sharon committed to working alongside them, seeking matched sponsorship, and a school to host them in Los Angeles.

This documentary captures this growth through the eyes of those teenagers (now adults) as a transformative part of a new generation in Yarrabah. Now, 20 years later and with 50 hours of film footage capturing their life-changing Hollywood experience, they still talk emotionally and powerfully about how impactful the trip has been, not only for them but for their siblings and upcoming generations in their beloved community for whom they became eminent mentors. Even as we progress into the 21st century, Australia still needs to address the inequities of a situation where the majority of its First Nations teens are still struggling to overcome the challenges of isolation, limited educational opportunities and cultural conflict.

A great many of our Aboriginal and Torres Strait Islander communities still face disproportional numbers of inadequate schooling, mental & physical health problems, drug and alcohol problems, and a deep-rooted cultural memory of displacement.

By telling positive and motivating stories, it is our hope to turn the tide on these endemic circumstances. This film has the potential to inform and inspire marginalised Australian communities to reclaim agency in their lives, and achieve the seemingly impossible.

By bringing this inspirational story of the achievements of a group of Aboriginal and Torres Strait Islander teens to a wide audience, our vision is for all local and global First Nations communities to feel inspired to implement similar life-changing programs for their own youth.

Through our protagonists, our audiences will discover that a little team effort can go a long way in giving disenfranchised youth a visceral understanding that they too have the ability to achieve the unexpected.

Our short-term goal for this project is to inform today's youth in marginalised communities around the country of the power of self-belief and being the architect of your own life. As demonstrated by the experience of the Yarrabah teenagers, the long-term impact of youth being responsible for similar programs themselves gives them the confidence and drive to apply their experience to their own futures, as well as encouraging their siblings and peers to continue the tradition and reap the same rewards.

It is our hope that new generations will continue to benefit from the successes of their parents and elders who embarked on that very first journey.

At the core, this film is designed to ignite conversation and encourage communities to nurture the ambitions of their youth. To this end, we aim to do the following:

We are currently approaching federal and state funding bodies, and NITV, for partnership and funding.

It is also our hope that, by partnering with DAF and having this project on their website, we will be able to attract the attention of potential philanthropic partners to assist us in bringing the project from concept to screen.

We hope our viewers will not only spread the word about this kind of youth program, but encourage communities from all walks of life to implement similar programs.

Following the release of this film, our vision will be realised when other First Nations communities across Australia begin to take action and implement their own programs.

Over a longer period of time, we hope the film will continue to attract attention and result in an increasing percentage of Aboriginal and Torres Strait Islander youth thriving, graduating from high school and making positive life choices.

As the documentary reaches beyond our shores to an international audience, and other First Nations communities are inspired by what can been achieved, our expectations of social impact will be exceeded.

Ordinary girls with extraordinary talent on a quest to play football for real.
VIEW PROJECT 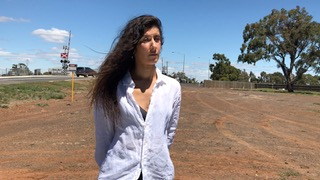 Two women, a chance meeting, shared history and a journey to discover how tradition intersects with abuse.
VIEW PROJECT