For the past 30 years, the Bábbarra Women’s Centre in Arnhem Land has been a place where Indigenous women from across the remote region converge, work and thrive.

In 1989, a group of Bábbarra artists grasped an unlikely enterprising opportunity, procuring a post-war screen printing press and setting about creating their own label. Today, Bábbarra Designs specialises in producing fabric that tells the ancestral stories of each artist’s local country and culture.

Despite momentum building with a growing number of Australian business partnerships, nobody could have predicted that by late 2019, Bábbarra would be crowdfunding its way to Paris for its own exhibition during Fashion Week, a photoshoot with Vogue and meetings with major players in world art and fashion. 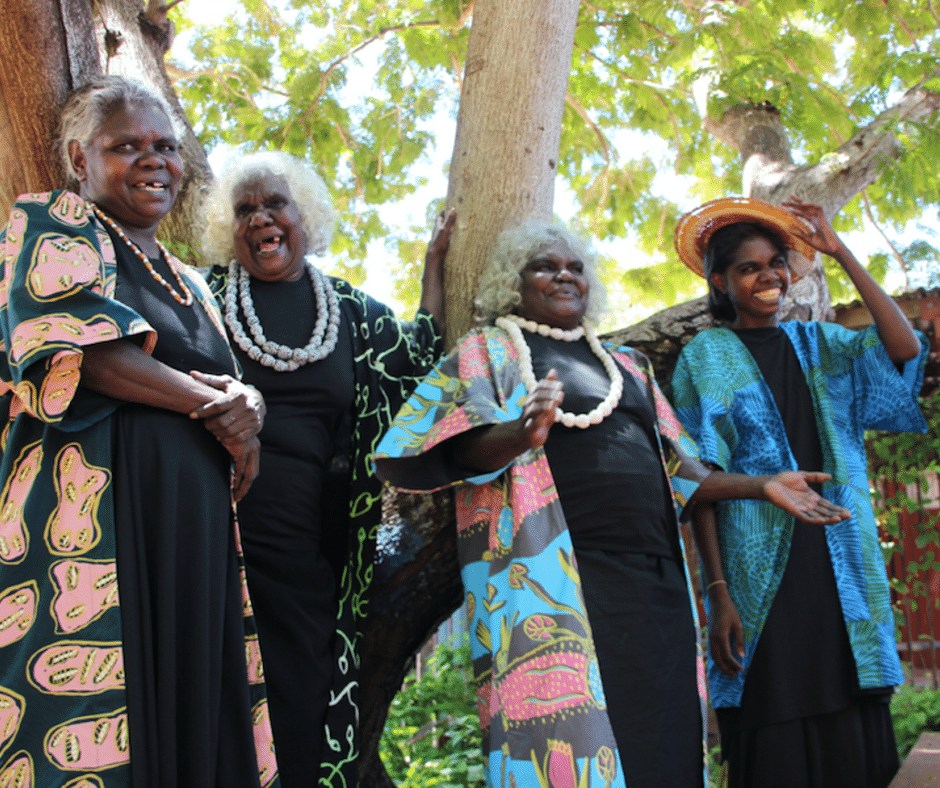 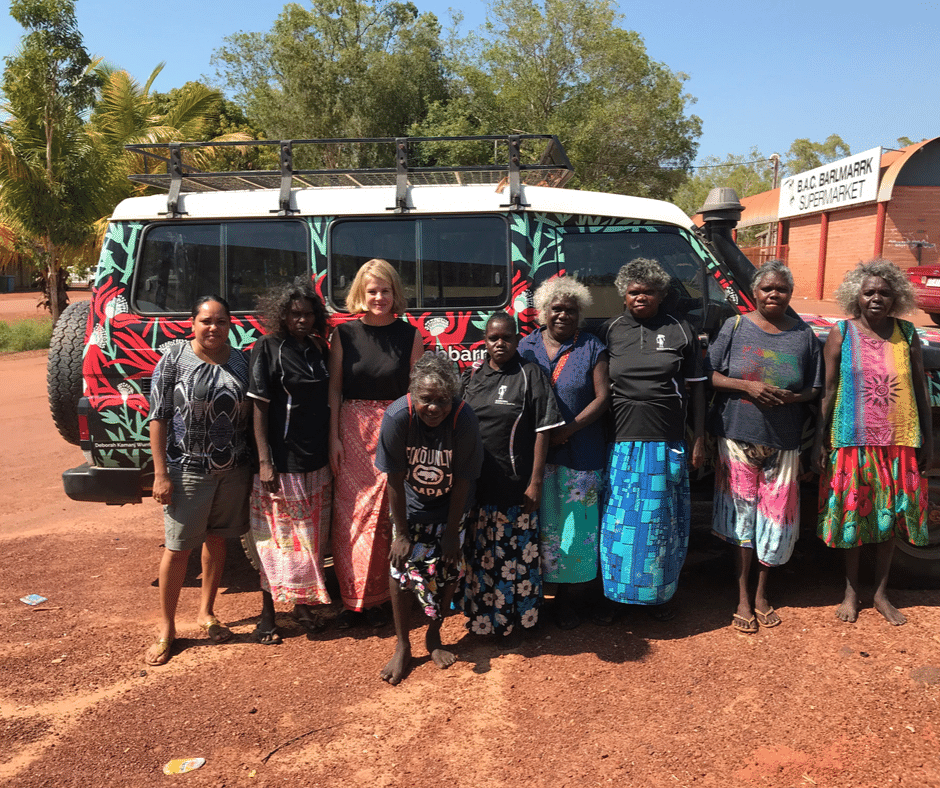 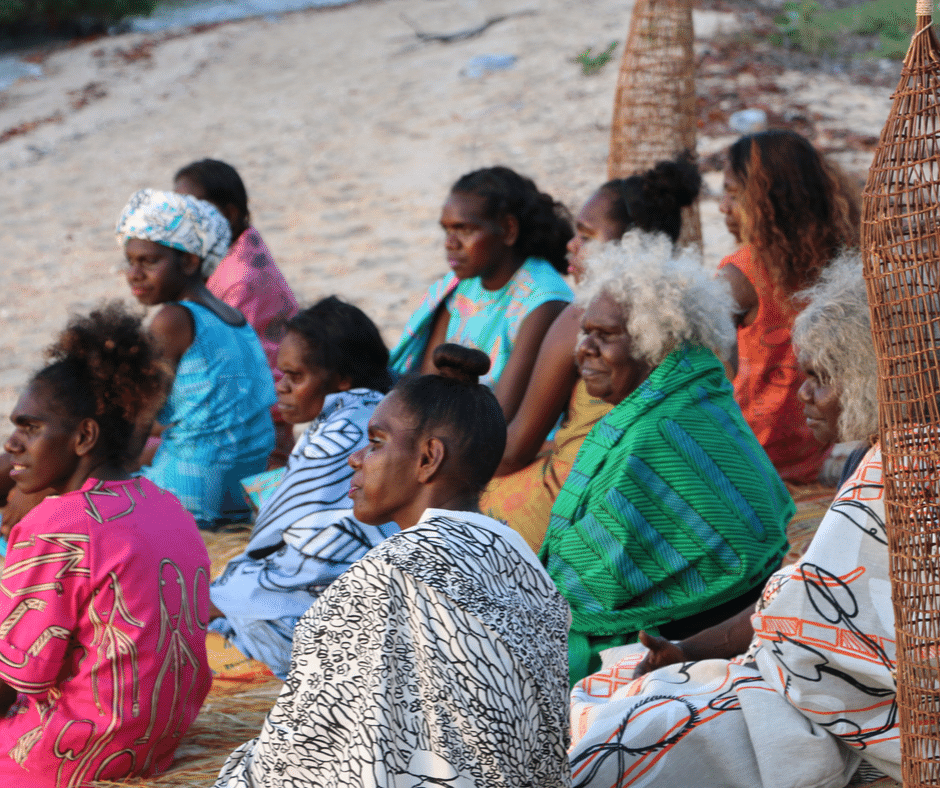 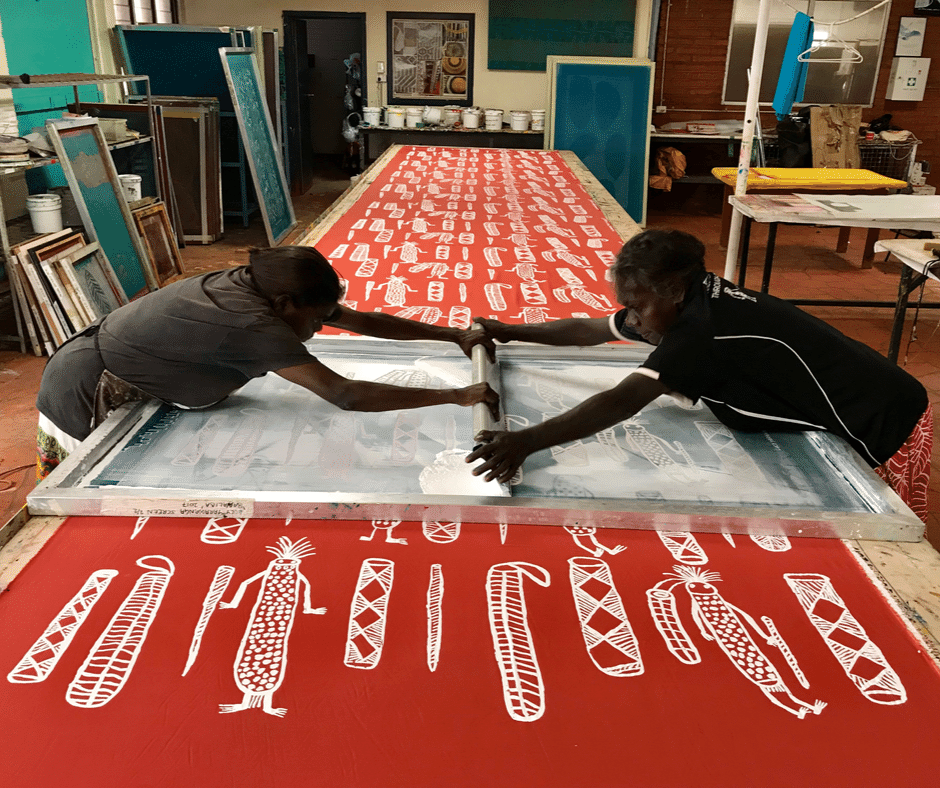 Australia is in the midst of an indigenous employment crisis. In early 2020, the Federal Government admitted for the 13th year running that it had again failed to ‘close the gap’ – with just 35% of indigenous people in very remote areas employed (compared to 70% of non-Indigenous Australians).

In fact, the number of Indigenous Australians with jobs hasn’t increased at all, and female Indigenous employment rates Australia-wide continue to hover around 44%.

The UN’s Sustainable Development Goals include the right to decent work, gender equality and ending poverty in all its forms by 2030. On our current trajectory, Australia won’t even come close.

But these aren’t insurmountable odds, and in Arnhem Land, a group of women is bucking the trend in a creative way.

Jarracharra aims to highlight the importance of providing accessible and culturally meaningful work to Australia’s remote Indigenous women by demonstrating the global successes that can be achieved when doing so.

We hope to inspire a much-needed new wave of culturally accessible and meaningful employment opportunities for Indigenous women in very remote areas across Australia.

Furthermore, we aim to stimulate further business opportunities for Bábbarra Designs in introducing a broader – potentially worldwide - audience to its work.

Securing broadcast deals in Australia and around the world will greatly raise the profile of the fabric being produced by the women - providing access to very broad new audiences in the fashion industry right around the world. Broadcast deals will also help us reach young Indigenous and non-Indigenous girls. We see our film as being played in primary and secondary schools right across Australia.

We have built a strong relationship with the Bábbarra Women’s Centre and its owner, the Bawinanga Aboriginal Corporation, to ensure that our documentary is culturally appropriate and inspirational.

We are now beginning to build a network of project supporters, impact producers and partners across Australia to further develop our film.

Together we will amplify our message to generate support for a much-needed new wave of culturally accessible and meaningful employment opportunities for Indigenous women in very remote areas across Australia.

We hope that all viewers are inspired to stand up for greater employment opportunities for Indigenous women in remote Australia.

Specifically, we have set the following audience-specific targets:

We will see the Indigenous employment rate for women in Arnhem Land steadily grow over coming years, with ‘Close the Gap’ employment targets achieved in this region by 2030.

We will also see Bábbarra Designs grow its business over coming years to 2030, providing even more jobs for Arnhem Land’s Indigenous women – who are able to stay and work in meaningful employment, on country. You Should’ve Been Here Yesterday

HURT : FOR 21ST CENTURY JOURNALISTS THE FRONTLINE IS EVERYWHERE- HOW DO THEY SURVIVE?