A conversation and showcase of stories about women, by women

A young Aboriginal woman suffers an egregious act of racism and decides an education is the only way to eradicate racism for herself and others. A mother in India takes a stand against her husband and violence after suffering an acid attack at his hands. And a daughter mediates on her relationship with her mother, a pioneer of documentary film, through her own practice.

Hear from Jane Castle (When the Camera Stopped Rolling), Emma Macey (Geeta) and Julie Nihill (Bukal Bukal) as we discuss their upcoming projects and the importance of bringing these stories to life. This special panel will be moderated by Clara Williams Roldan (Documentary Australia Foundation).

Please note – this event is live, but a recording will be made available to all registered attendees. 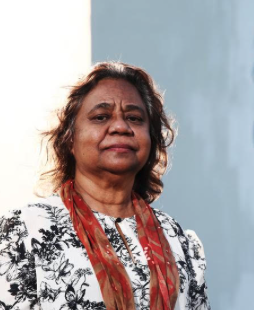 A young Aboriginal woman suffers an egregious act of racism and decides that getting an education is the only way to eradicate racism for herself and others.

Working at the United Nations she becomes an advocate for human rights bringing Indigenous people from around the world to the table for the first time. With a brilliant international career in front of her, she realises her destiny is with her own people. She returns home to carry out her mission and continues her fight for the return of her Great Grandfather’s Shell Regalia from the British Museum.

Bukal Bukal is currently fundraising for production. If you would like to help,  donate here.

After Geeta and her three daughters are attacked with acid by her husband because she didn’t give birth to any sons, her fight against gendered-violence catapults her onto the national stage in India, and makes her one of Asia’s leading anti-acid activists. But the story of Geeta is more than a portrait of a growing movement in India, it is a portrait of a woman and her family as they confront what it really means to create change.

Geeta is currently fundraising to be able to carry out its impact campaign. If you would like to support them, donate here. 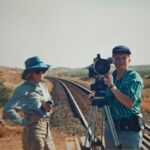 Lilias Fraser: a pioneer of Australian cinema who overcame huge personal challenges to make over forty films in her lifetime. Her younger daughter, filmmaker Jane Castle, tells Lilias’s story in a poetic meditation, using the rich textures of an unseen part of Australia’s cinematic history and her own highly personal cinematography. This is a poignant insider’s view of an unheralded Australian pioneer.

When the Camera Stopped Rolling is currently fundraising to be able to carry out its impact campaign. If you can help, please donate here.

– Jane Castle (When the Camera Stopped Rolling) is a multi-award winning filmmaker whose work as director includes the documentary Sixty Thousand Barrels and the short drama Roadside Café. She is also an award-winning cinematographer who has worked extensively between the US and Australia shooting feature films, documentaries and commercials, as well as a music videos for performers such as Prince, U2, Mary J Blige, Usher and INXS. Jane has combined her filmmaking with her environmental activism, producing and directing a range of campaign videos for groups such as Greenpeace and the Total Environment Centre. When the Camera Stopped Rolling is her first feature-length documentary.

– Emma Macey (Geeta) is an award-winning Director/Producer of community led documentary and fiction projects in the UK and Australia . To date she holds 23 International awards and her work has been featured on BBC Wales, S4C and ITV to name a few. Emma is also the founder of social justice fillmmaking initiative Some Kind of Squirrel Productions.

– Julie Nihill (Bukal Bukal) is director of EarthStar Films and is in development for the documentary Bukal Bukal as co writer and producer. Julie is also founder/CEO of the International Institute for Eradicating Racism, working across a suite of film and documentary projects, alongside education and advocacy work. She has 30 years award-winning experience in the Australian film and television industry, and she has starred in feature films, miniseries, and television dramas; including Blue Heelers, HBO’s The Leftovers, Foxtel’s Picnic at Hanging Rock and the world premiere of the play Running With Emus for La Mama