The 2019 SheDoc recipients – supporting women in the documentary sector 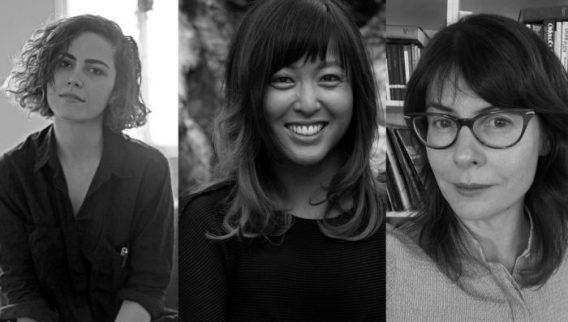 The 2019 SheDoc recipients – supporting women in the documentary sector

Create NSW, Documentary Australia Foundation and RØDE Microphones today announced three recipients for the second round of SheDoc in 2019 – the targeted initiative supporting female documentary filmmakers with up to $20,000 in funding. Recipients can use the grant to support their project’s cost on travel, research, development, and/or other related expenses.

“The SheDoc program aims to make a pivotal intervention in a woman’s filmmaking career. By offering funding to facilitate opportunities that are self-directed and of benefit, our intention is to offer opportunities that would be difficult to undertake without our support.” said Mitzi Goldman, CEO Documentary Australia Foundation.

Charlotte Mars, to support her move into directing and the development of her feature documentary, Muscle. Charlotte will undertake a mentorship with renowned visual artist and filmmaker Amos Gebhardt, who will come to Sydney for a creative development week on Charlotte’s feature, to be produced with Rita Walsh.

Philippa Bateman, to undertake a producer attachment with Alex Gibney’s company Jigsaw Productions based in New York. CEO Alex Gibney has offered Philippa a producer placement in New York for four to six weeks in the second half of 2019. Philippa also aims to advance the development and financing of her projectAmerican Hunter which Philippa is producing and co-writing with Alex Kershaw.

Vera Hong, to develop a feature documentary about the repatriation of the ancestral remains of Mungo Man and kin to the Willandra Lakes Region in NSW, told through the voices of the Traditional Custodians, the Mutthi Mutthi, Barkandji and Ngiyaampa people. The proposal is to work closely with Mutthi Mutthi elder, Aunty Mary Pappin as writer and cultural advisor and involves a mentorship with acclaimed film producer Bridget Ikin.

“We’re very excited to bring SheDoc back this year. The journey of selecting the final three recipients was a tough decision because there were many fantastic applicants. We encourage women to continuously seek opportunities to develop themselves professionally, no matter how long they have worked in the industry.” said Mitzi Goldman, CEO of Documentary Australia Foundation.

RØDE Microphones CEO Damien Wilson agrees. “As an Australian company producing essential tools for filmmakers around the world, the RØDE team are very proud to continue our support for SheDoc. The initiative’s mission to create opportunities for women to explore career and creative goals is a genuine step towards a more equitable industry and greater diversity of voices in the documentary genre.”

The fellowship program aims to make a pivotal intervention in a woman’s filmmaking career and is open to women, resident in NSW, working in documentary at any stage of their career and in any key creative role.