Sanctuary; A place of refuge or safety from pursuit, persecution, or danger. 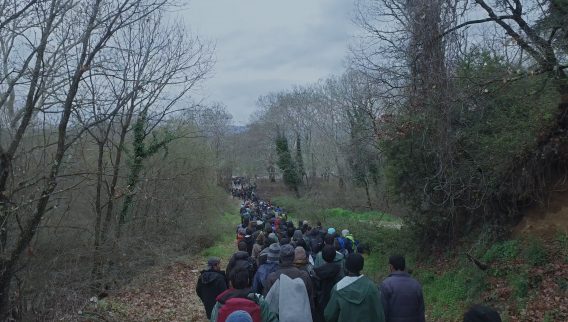 Sanctuary; A place of refuge or safety from pursuit, persecution, or danger.

Every day across the world over 44,000 people are forcefully displaced - That is one person every two seconds that is pushed to flee their home due to violence, persecution or lack of access to the most basic of human needs like water and food.

It is estimated there are currently 68.5 million people who have been displaced by forces outside of their control. These are the highest numbers seen since World War 2.

They are people from different walks of life, teachers, engineers and shopkeepers. Human beings who had a family life, social circles and daily routines – all of which have been ripped apart, driving them to leave everything they know to seek the most basic levels of stability.

Of the 68.5 million people, 28.5 million are recognised as refugees. “Refugees” are, according to the 1951 United Nations convention on refugee status, people outside their own country “owing to well-founded fear of being persecuted for reasons of race, religion, nationality, membership of a particular social group or political opinion”

These are some of the most vulnerable people in the world. They are displaced, isolated and at the mercy of foreign governments and organisations.

It may be hard to grasp what the life of a refugee is like. Anyone reading this article is comparatively so privileged that it may be a difficult to empathise – but it is vital we begin to actively try.

Documentaries like ‘Sanctuary’ by director Kaye Harrison, portray the reality of life as a refugee, the arduous journeys millions must undertake and the difficulties of finding asylum in a world that seems to be increasingly xenophobic.

These stories allow us to humanise refugees, to stop seeing them as vast numbers and remind ourselves they are people, like you and I that had the misfortune of being born into some of the worst situations on this planet.

Khaled, who is the focus of Sanctuary, is an Iraqi born man who spends 10 years looking for peace and freedom after violence in Baghdad forces him to flee.

We witness as he travels through Turkey, Malaysia, Australia, Greece, Macedonia, Serbia, Slovenia, Croatia and Holland all in search of Asylum.

Whilst in Australia, Khaled was held at a detention centre – “I am not the same as I was before…after I was on Christmas Island – I really hated my life”

A man who has spent years fleeing violence, displaced without agency, dependent on the mercy of others found one of the harshest places was right here, in Australia.

This treatment of refugees however, is not uncommon. Across the world, we are witnessing developed nations play geopolitical chess – pushing refugees further and accepting fewer asylum seekers.

For example – In 2016, the European Union reached an agreement with Turkey to stop the refugee flow through this vital gateway country. The exchange was 6 Billion euros in aid and visa free entry for Turkish citizens into Europe.

Is this a way for governments to ‘deal’ with refugees, by offering or bribing nations financially, but not truly solving the issues on a human level.

International refugee policies need to be shaped with empathy at their core. They need to incorporate an understanding of the immense human cost while meeting our responsibility to uphold international law and the right of anyone to seek safety.

This is why stories like that of Khaled, is so important. Through films like ‘Human Flow’ by Ai Weiwei or ‘The Staging Post’ by Jolyon Hoff we are able to see the lives of refugees, hear their struggles and connect in a visceral way.

They remind us of the innocent people our governments treat like criminals for running away from conflicts and situations they could not control. They dispel the fear-mongering that is used by politicians to gain votes and ‘secure borders’.

The reality is, we are allowing for millions to live in slums, on the side of roads or under bridges. Women, children and men who have no access to basic hygiene or stable sources of food and water.

We can and need to do better.