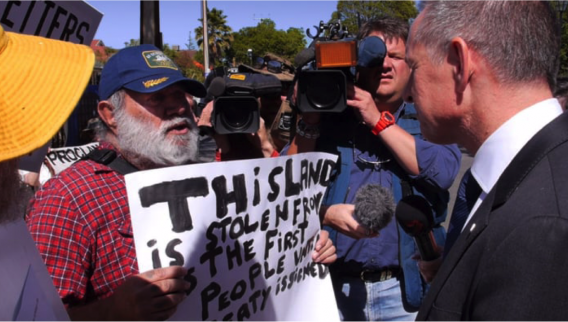 But what actually occurred in South Australia after colonisation in 1836 were acts of treason against the Aboriginal people, from hidden history to lack of fishing rights to desecration of Aboriginal burial grounds to British nuclear testing.

Five and a half years in the making, this acclaimed film uncovers breaches of the King’s Letters Patent, and documents the Aboriginal struggle for recognition of rights to land granted by the King in the Letters Patent.

• A series of discussion questions, research projects, and individual and group activities for mid to senior secondary students

• A ‘further resources’ section with links to websites, books, films that can used to further inform students on the topic of Indigenous land rights in Australia