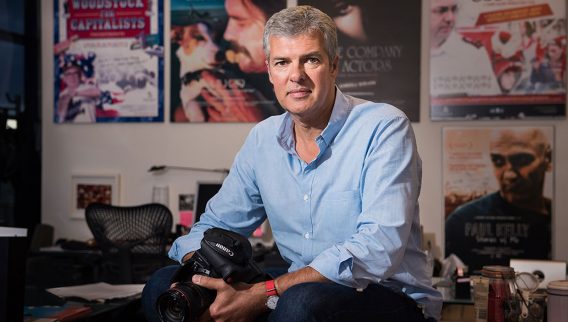 Why are you choosing to get behind advocacy in the lead up to the public poll on marriage equality?

The fact that philanthropy exists in our community means that there are certain structural imbalances or injustices that need addressing. Philanthropy has a role to play in targeting gaps where the government isn’t providing support. Exercising leadership in advocacy and education around social issues is important too.

Marriage equality is one such issue. At its core, marriage equality is about basic human rights. It’s also about a healthy community and a safe community. Our society is being damaged by the exclusion of an important group within our community who are being made to feel as if they’re not part of it.

It’s a logical role for philanthropy because we’re not seeing that sort of support from key institutions, elements of the Church and certain Christian lobby groups.

Some of those lobby groups claim that marriage equality is unbiblical, or unchristian. What’s your view?

I was brought up in a Christian environment. I attended an Anglican School, in which we went to church three or four times a week. In my experience, Christian teaching is all about compassion and understanding and inclusiveness and tolerance. The fact that we are even having this debate seems rather unchristian.

It’s a fair question to ask, ‘What would Jesus do?’ I’m reminded of a film we made called The Soldier, which explores the work of Ken Depena, a volunteer with the Salvation Army, who says: ‘What would God want? Would he want you to love someone, or would he want you to hate someone? You work it out. It’s as simple as that.’

This shouldn’t be seen as a religious issue – it’s a secular issue. This is about giving people equal rights before the law, which is so important in a democratic society like ours.

I was disappointed to read a former Prime Minister of Australia saying this debate is all about ‘political correctness’ – no (Mr Abbott), this is all about love, and all about doing the right things, and doing what is correct. There should be nothing political about it.

Have you always supported marriage equality, or have your views changed over time?

I’m the kind of person who, once I’ve been made aware of something – and I can be a late adopter – finds it very difficult not to speak out and try to influence an issue where I can. My voice is typically given to supporting others’ voices through documentary film-making. I’m very private and I’m largely unknown in the wider community. But once I’ve been made aware of something – whether it’s an injustice, an inequality, or some level of intolerance – I find it hard not to do something.

In practical terms, what investment are you making to the YES campaign and what can others do?

I’m trying to find a group of philanthropists and foundations in the community who are prepared to put up $100,000 each so that we can direct one million dollars towards the YES campaign. Allan English and his family were the first to say ‘yes’ and after my contribution, The Caledonia Foundation’s and two other donors, we’re now over half way to reaching out the target. Hopefully, this action will also serve to stimulate many other philanthropists, perhaps those who can’t contribute $100,000 but who can still contribute something.

There are so much hate and ill-will in the world right now. I think people are feeling bruised and inclined to take the line of least resistance – a No vote or just non-participation – without considering the ramifications for the wider community.

If the No vote gets through, there will be absolutely nothing to celebrate. But if we succeed with a Yes vote, there will be so much joy and love, new levels of understanding in the community and safer schools. Australians will feel much more empowered and proud that we are in fact an open, inclusive and tolerant society.

But why should philanthropists fund the Yes campaign for a poll which is, ultimately, non-binding?

It’s ridiculous that we don’t just have a free vote in parliament – I mean, this is costing $120 million. Imagine what we could do with that $120 million – and how far that investment could go in teaching tolerance and inclusion in schools, for example. But governments will only act when they hear the voice of the community, and it must be a strong voice. If we don’t provide funding support for the YES campaign, it will be so easy for the government to say, ‘See? No one really cares.’

Personally, I never feel that it’s a good use of funds to support advertising in an election campaign –it’s $10 million on one side beating out $10 million on the other. But this is different. There are large amounts of money flowing from certain Christian lobbies into funding the No argument that the Yes campaign will never be able to match. I think this is where philanthropy can intervene to show that advocacy is a very important part of building a healthier, more inclusive society.

Philanthropy also needs to step in to support the organisations that are already getting behind the issue, to further highlight how broad this support base is. It is so heartening to see the AFL, for example, supporting the issue on so many occasions – as I look out the window today, I can see a rainbow flag flying next to the Swans flag above the SGC. Our sporting codes, and financial institutions and airlines like Qantas, are leading the way.

So what happens if ‘No’ gets up?

Well, we roll up our sleeves again and keep working for a more just and compassionate community. It will be a setback and a loss, but I think it just means we must work harder and put even more resources into a debate that shouldn’t be happening. It’s important to recognise that every time we’re fighting in this debate, we’re not engaging in other important national discussions about matters such as domestic violence and homelessness, health, education and indigenous issues.

Hopefully, we won’t have to cross that bridge. Marriage is fundamentally about two people who share a great love for each other, who want to grow old together, who want to have a partnership that’s recognised under law, and often, who want to care for children in a loving family. Encouraging more people who are full of love and respect for each other to marry can only strengthen the institution of marriage. I hope Australians can say a resounding yes to that.