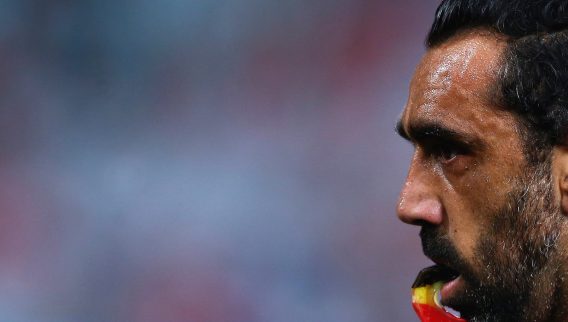 Adam Goodes was a champion AFL footballer and Indigenous leader. In the final three years of his playing career he became a lightning rod for a heated public debate and widespread media commentary that divided the nation. He publicly called out racism, was named Australian of the Year, was accused of staging for free kicks, and performed an on-field war dance celebration. The cheers became boos as the crowds turned on him. Using only archival footage aired at the time, The Final Quarter holds a mirror to Australia and is an opportunity to reconsider what happened on and off the football field.

From 2013, Sydney Swans footballer Adam Goodes went from being a champion footballer, an outstanding Indigenous leader and the 2014 Australian of the Year, to being booed and taunted by fans at stadiums across the nation. The racially motivated vilification and unsympathetic voices from audience members and commentators increased to the point where he left the game on which he had built his career. He did not participate in a final parade for retiring players as he feared that he would be booed again. Director Ian Darling wanted to explore what happened and why, and start the conversation about racism in Australia that Adam Goodes asked us to have. 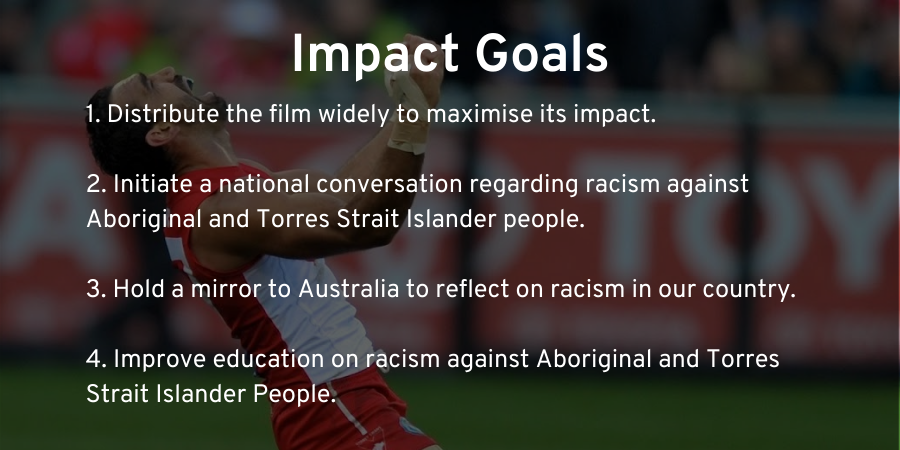 Australian Teachers of Media, Cool Australia, and Reconciliation Australia, as well as the Australian Human Rights Commission, and many media organisations and influencers mobilised to support the film. 33 Creative and the GO Foundation were invaluable in publicising the film and carrying out its impact campaign over social media. 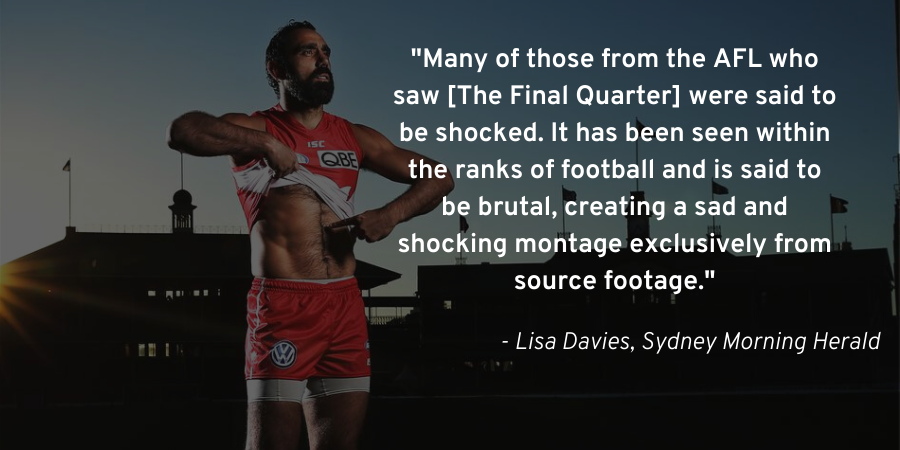 “It evoked so much discussion, passion and anger. One of the best documentaries I have ever used as it is so powerful”

Wrap up & what’s next