Find your voice, find yourself.

The Baulkham Hills African Ladies Troupe is a celebration of the remarkable resilience and spirit of four African women from Eritrea, Kenya, Guinea and Sierra Leone. Aminata, Rosemary, Yordy and Yarrie all fled violence and sexual abuse in their homelands, eventually finding a safe haven in Australia. For years they each held their pain within, until they decided to join a theatre group and speak out.

The film follows the story of these four charismatic and inspirational African women, now living in Australia, who, with the help of acclaimed theatre director Ros Horin, turned their harrowing stories of survival into a joyous theatre of humanity that has filled sold-out theatres from across their new country to the other side of the world.

Filmed over three years, this new documentary charts the personal journeys of Aminata, Rosemary, Yordy and Yarrie, from their first theatre group meeting through trauma, healing and public triumph, as the Baulkham Hills African Ladies Troupe travels from Western Sydney to the city, to the international stage.

Heartrending, heartfelt and ultimately uplifting, the film offers a message of hope and support to women and children who have suffered around the world, whether in the context of war, or in a domestic situation.

The film was made at a time when 16% of Australia’s women have experienced physical violence from a partner by the age of 15, one woman is killed per week by a current or former partner, and 90% of female refugees, in the process of becoming a refugee, have experienced sexual violence at some stage.

It is a plea of hope for victims who need to know that they can find themselves again, despite the global culture of shame and silence around sexual assault.

It examines the effects of trauma, and what it means to be a survivor of sexual assault in both a domestic and a war context, as these four women attempt healing and creating new lives for themselves. 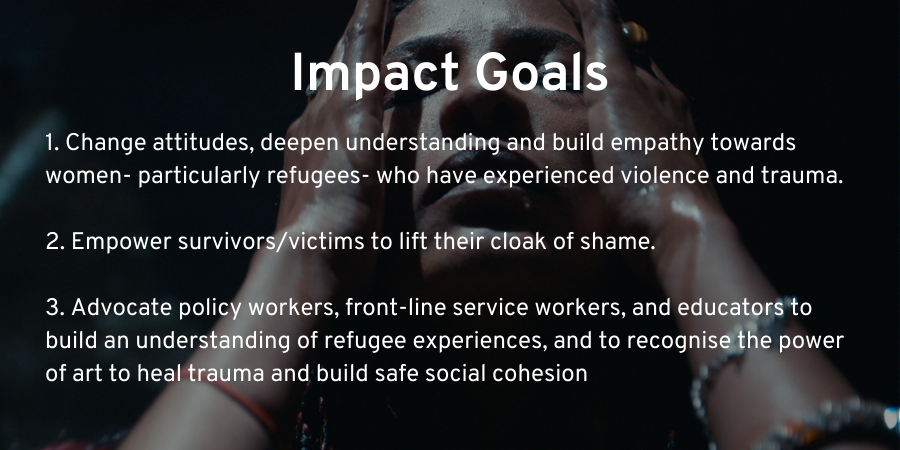 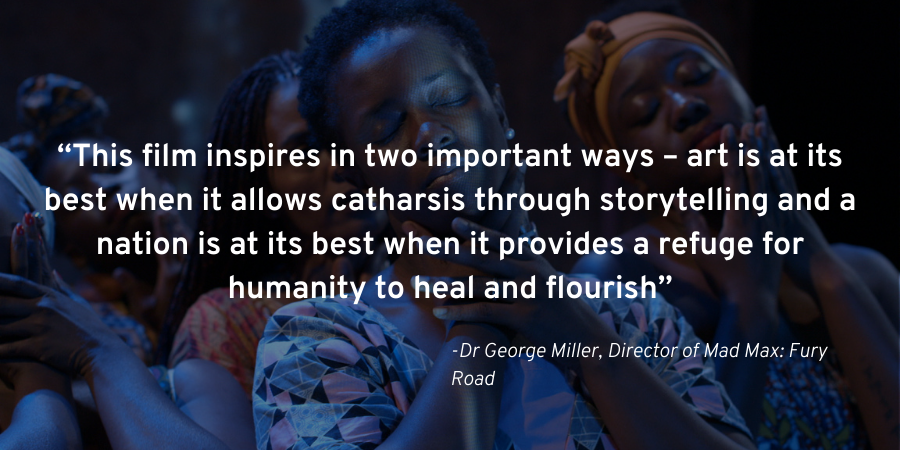 “This is an amazing documentary describing the journey of the four women who suffered torment and abuse before coming to Australia. Ros Horin has portrayed their plight in such a sensitive and compassionate way whilst revealing the horrendous abuse they suffered”